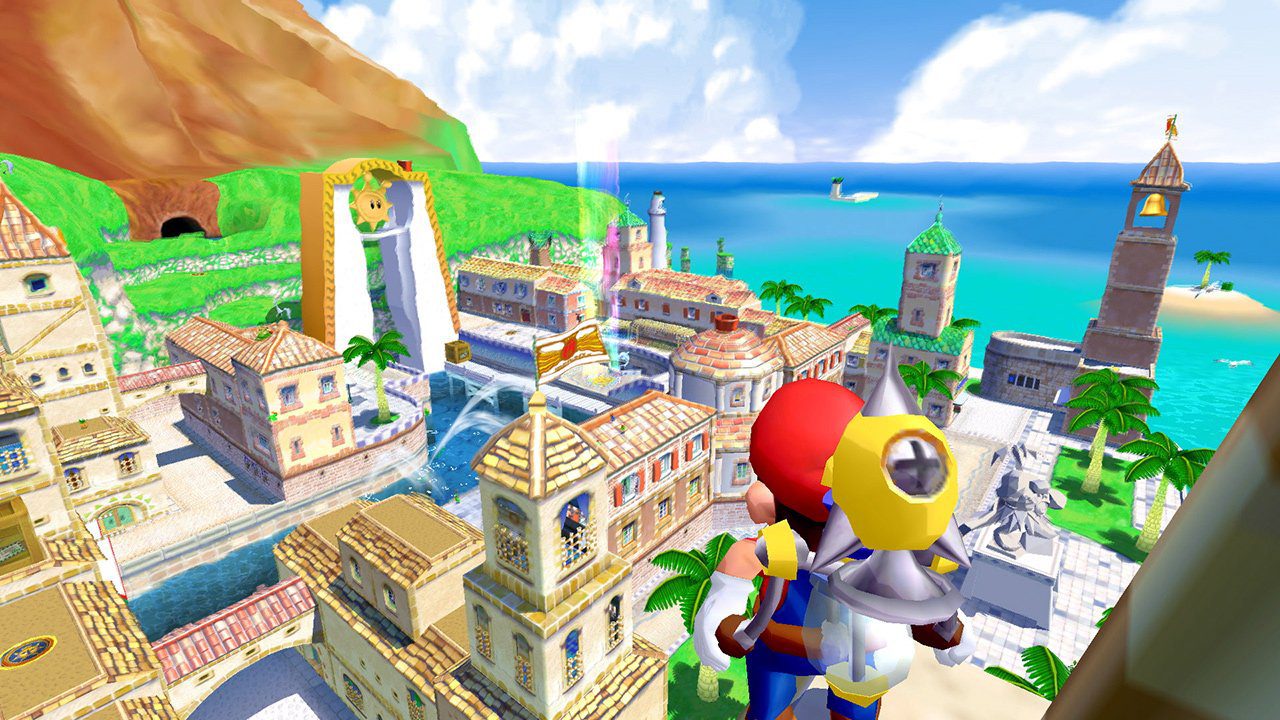 It’s an offer I can’t refuse

We’re two weekends into Super Mario 3D All-Stars‘ limited availability window, and I’ve gotta ask: is anyone else out there collecting every last trinket in Mario 64, Sunshine, and Galaxy? I can’t help myself.

After reaching the castle basement, I decided to sideline 64 and circle back once I had completed Sunshine and Galaxy. Capping off this Switch bundle with the oldest (and arguably dearest) game in the lineup just seems right to me. And don’t tell anyone, but I’ve secretly been most excited to replay Sunshine – not because it’s the best, which it absolutely, definitively is not – but because Delfino Plaza is my favorite hub to explore and hang out in by far. It’s a joy to traverse the moment you’re let loose.

Looking out into an endless ocean in this spruced-up Switch version? Blissful summer vibes.

Sunshine becomes much less of a joy when you’re going after frustrating optional Shines like the toxic lily pad ride or you’re combing multiple episodes in the same stage to unearth all 240 Blue Coins.

Let me put it this way: my YouTube feed is flooded with Blue Coin location videos – if you’re in a pinch, I suggest EmptyGarbageCan’s “condensed” guides – and mistakes were made. You should’ve seen the look on my face when I ended three different zones with 29 out of 30 coins. I swear I shot the blue bird!

I can’t stress enough how mischievous some of these blasted things are (spray everything), but I don’t regret searching for most of them. The best and worst Nintendo secrets push me to fully explore and appreciate these densely-packed spaces, and really, that’s why I play and love Mario games.

I’ve since moved onto Galaxy, which has been a vastly smoother experience. I wasn’t sure about using the Pro Controller to nab Star Bits at first, but I’ve gotten used to the pointer and don’t mind it. Nintendo’s creativity is in full force in this game. It holds up. That said, I’m nervous about Luigi’s stars.

Filed under... #mario#questions#Things gamers do