Don’t look at me, I voted for Kodos

[For you non-Americans, you’re probably wondering how horrified we US citizens are at the thought of our next election. For my fellow Americans, how about we listen to Mr Knives at just what kind of limitless options we have for video game presidents as opposed to reality. ~Strider]

For those living in America, tonight represents the first debate between two potential future presidents. Plenty can be said about both of them to ignite a flame war of a thousand suns so I’m staying away from that. That’s what Facebook comment sections are for.

Regardless of who you support, we can all agree that in the world of video games, we have the opportunity to create presidents as interesting and over-the-top as the worlds and stories they inhabit. Whether it’s defending the US from an unstoppable army of (insert video game enemy here) or turning the world into a future utopia, there have been some pretty memorable POTUSs in video games.

This is by no means a definitive list, but these are presidents who could truly make America Great Again. 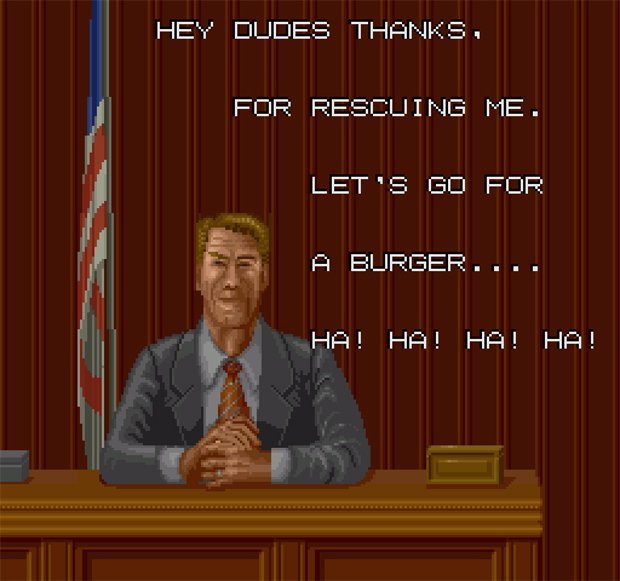 Let’s say some you wake up one day, turn on the news, and discover that the president has been kidnapped by not terrorists, but ninjas. Real, Ninja Gaiden-ass ninjas. While the government would most likely send their best and brightest special forces to bring the president in alive, in the world of Bad Dudes, that is a needlessly excessive move that would cost the taxpayers more money than it’s worth. Why send in the Navy SEALS when you could send in some street-smart punks to do the dirty work.

The best part is the ending, where after being rescued, President Ronnie (not Ronald Regan) has a cheeseburger with our streetwise youths who put their lives on the line to bring him home. While most would look at this as a highly questionable reaction, let me ask you this, when was a horrible day not solved by eating a burger and laughing it all away? President Ronnie knew that the best way through a crisis is to take it in stride and have a burger after facing a national disaster and it’s that level of understanding that makes him a great leader of the free world. 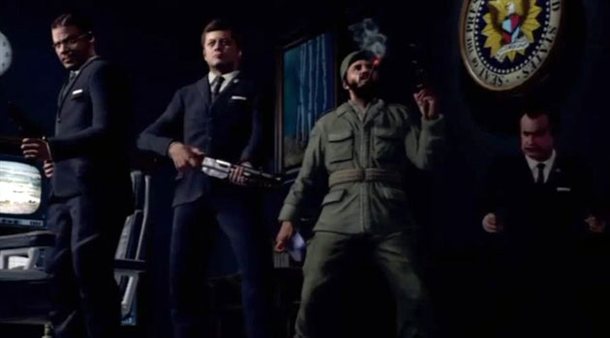 While JFK was obviously a real president, I have my doubts that he joined forces with Richard Nixon, Fidel Castro, and Robert McNamara to protect the Pentagon from zombies in real life so this fictional take on Kennedy counts.

Let’s be real, any president willing to join forces with political rivals, along with members of a rival government and nation to take down the unifying evil that is the neverending undead, is a president fit to rule the US in my book. As charismatic as he was in real life, adding zombie slaying to the list boost him up even more. That and his selection of one liners that put Duke Nukem to shame. Ich Bin Ein Zombie Killer. 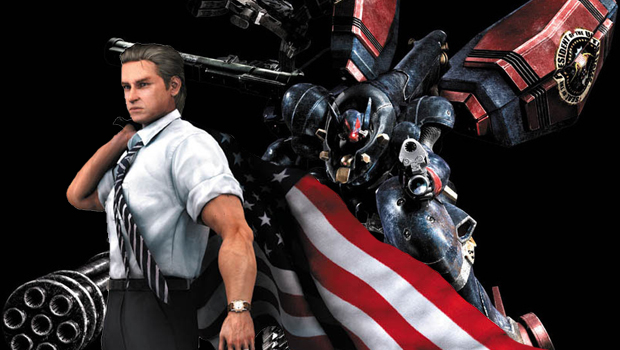 When a vice president usurps the current standing president in an attempt to take control of the US, Michael Wilson doesn’t go into hiding and wait for the armed forces loyal to him to do his dirty work. He jumps into his big goddamn robot and goes on a rampage in the name of freedom, liberty, and the American way, blowing up those in his path and anyone threatening to take down the star-spangled country he was sworn to protect.

While From Software is most likely known for its Souls series of games, Metal Wolf Chaos is an action-packed mech-based shooter filled with ridiculously overpowered weapons, fast-paced action, and a vice president turned villain intent on bringing back slavery as well as other horrible atrocities to the US. While most presidents are all talk, Wilson is all action. And really, any president with a bull in a china shop attitude and giant rocket launcher and shotgun armed mech is going to get things done. 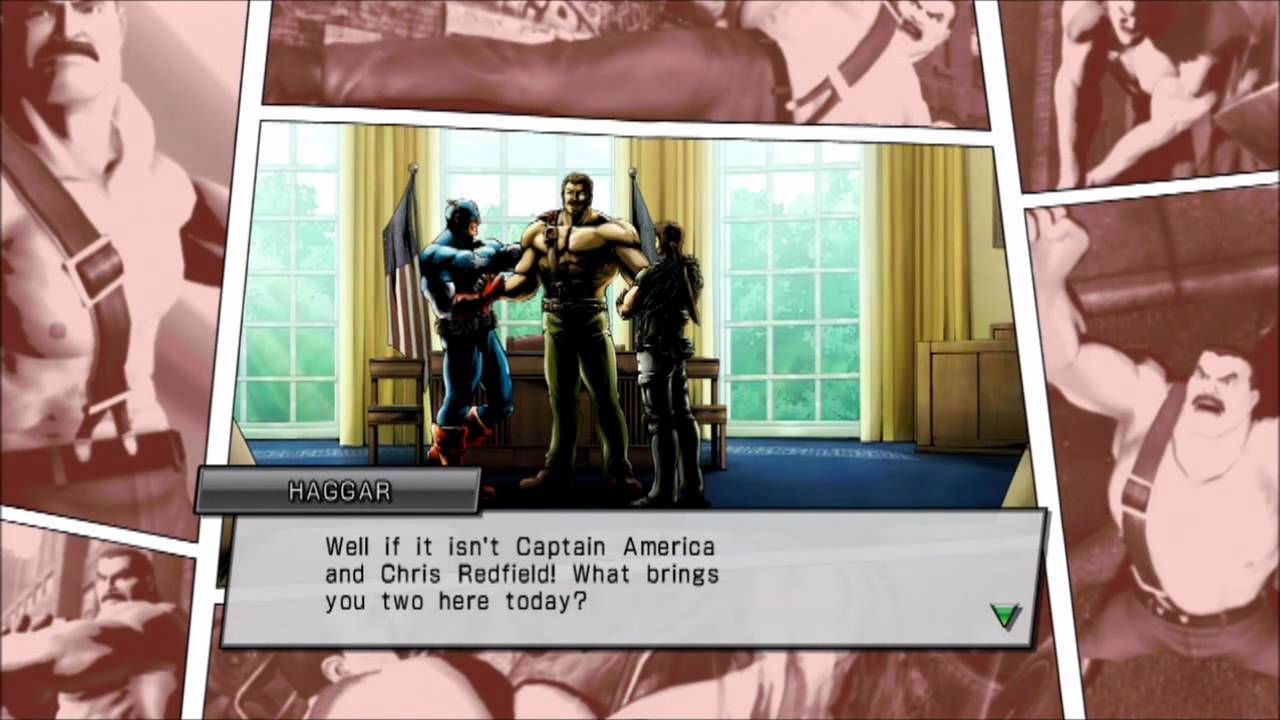 Mike Haggar. The mayor who cleaned up his city by pile driving every gang member who got in his way. The man who’s metal pipe-swinging skills can bring down celestial gods. Mike Haggar becomes the President of the US in his arcade mode ending for both Marvel vs. Capcom 3 and Ultimate Marvel vs. Capcom 3. Combine that with his partnership and a strong alliance with both Marvel’s Captain America and Resident Evil‘s Chris Redfield, he’s fully prepared to protect lady liberty against terrorist, super villain, and undead threats alike.

Not many presidents would team up with some of Earth’s Mightiest Heroes and some of Capcom’s finest to take down a literal planet eater but that’s Mike Haggar, a president who honestly may not care about political nuance as much as he does pile driving fools into the ground but I’m not complaining. A president should sacrifice everything for his people and Mike Haggar has done that, just without a shirt. 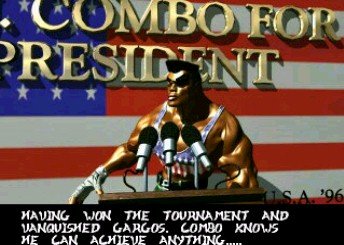 Having won a fighting tournament with cybernetic implants in his arms to give him strength, Combo punched his was past ninjas, ice aliens, undead skeletons, and werewolves to eventually have his implants removed and look at a possible presidency. Not only is he someone who has gone out of his way to correct the mistakes of his past, but also someone who has the experience needed to step up to anyone in the ring, political or not. 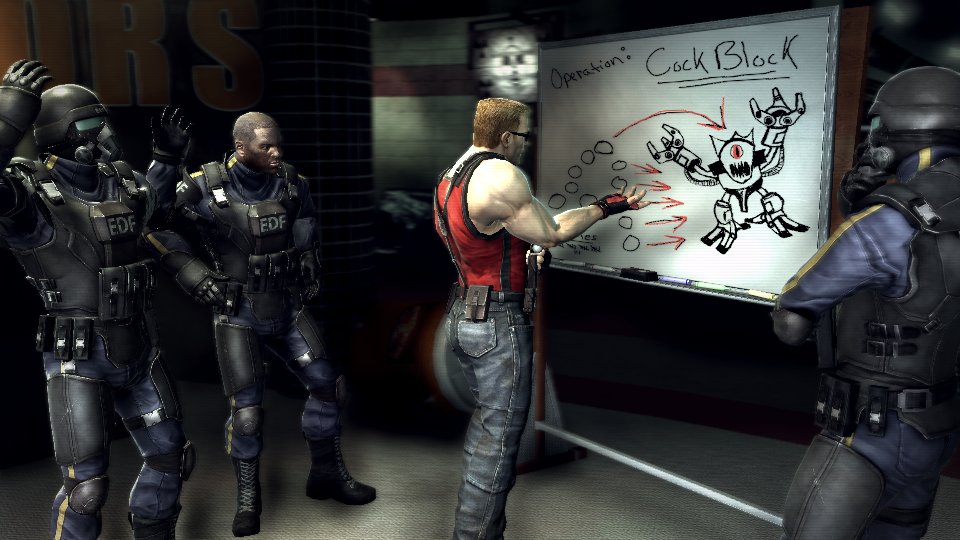 Yes, we all know the disaster that was the release of Duke Nukem Forever but we can all agree that Duke Nukem becoming president of the US would be one of the most entertaining four-year terms in the history of presidents. Complete destruction towards invading aliens, blatant sexism, the most secure the US has ever been when it comes to outside threats, and a cool monster truck instead of the presidential limo. If all else failed, at the very least the political slogans and one-liners would be amazing. 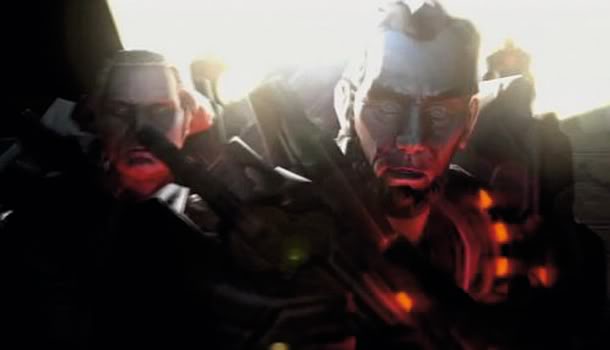 When two of America’s most famous presidents come back from the past clad in alien-powered mechanical battle armor and ask for your help in the coming war, you nod your head, say “Yes sir” and get in the damn spaceship. Back from the dead to kick ass against an alien race. If it was any more American, there’d be the distinct, yet quiet screech of an eagle in the background.