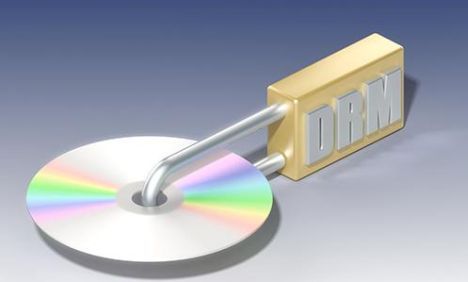 [Editor’s note: Writing machine Altered Beets takes a critical look at the growing issue of videogame companies wanting to take away our ownership over videogames. — CTZ]

The latest move by EA and Take-Two may or may not be what we have interpreted from it. Subscription fees may refer to time-limited ownership of DLC, or even just an industry pipe-dream that won’t actually come to fruition.

But what if we are reading this correctly? It certainly wouldn’t be the first property to shift us away from the actual ownership of what we buy. DRM in Spore reduces the number of times you can install it, and this means as you buy more computers over your life-time, you will slowly be stripped of your right of ownership until you have a useless disk. Games are becoming increasingly dependent on DLC to fill out the package, although some DLC bashing is a little unjustified (patching has always been a good thing).

There is also more of a move against the used-games market in attempt to squash a quite lucrative industry. A game you own is being seen as a time-limited contract, not a piece of material that is yours to do with as you like. This is especially hard on the poor, who most often can afford games only thanks to the used-game industry. It has always been huge and has never been a hot-button issue until recent times. Now, it’s suddenly a crisis. 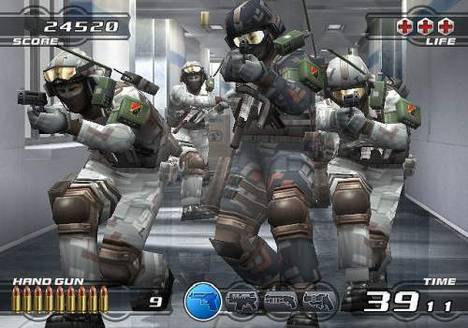 Even the move toward Blu-ray and other technologies is a way to take what we buy and control how we use it. Both HD-DVD and Blu-ray control whose machines we can play on and what TVs we can pair with our games or movies. This may not seem like a big deal to you, but since many poorer families can’t afford better than an old Chinese knock-off TVs, or something equivalent, they are being left behind. Hell, I’m gainfully employed and doing pretty well, and with all my other expenses, I can’t afford to transition to HD. You didn’t need a special TV to hook up a Nintendo or Sega, or basically anything before the HD transition. It may not seem like a big deal, but it’s all part of controlling where and how we use these products.

Some analogies and comparisons might be helpful here, so that we can know exactly what’s going on. A lot of people compare the DRM issue in Spore and other games to iTunes. I’ve already made two blog articles (HERE and HERE) pointing out why this is illogical, but let me just make a few more points on the issue. iTunes is new, hardly around long enough to be “normalized” and unproblematic. Most music is also not on the iTunes model. Even if it was, we’re dealing with a tiny transaction that doesn’t even come with physical media. We’re also talking about a ridiculously large selection of music in all kinds of formats.

Contemporary games are relatively sparse. Top AAA titles only come out once every few weeks or so, and they come in one, maybe two formats max. All of these are physical discs or cartridges. We’re talking about a physical medium, something you can carry around and will have to chuck out when it becomes meaningless. There are many other reasons highlighted in my previous blog, but suffice to say there is no good reason to compare this latest trend to iTunes. 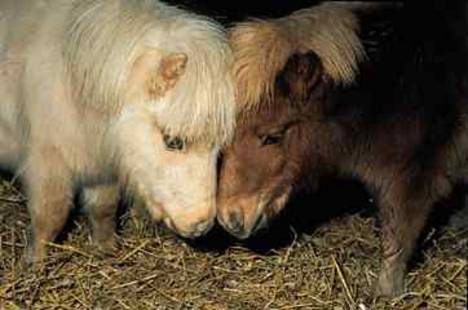 Imagine if you were given a book for Christmas. You could read it as much as you like, but could only store it in a maximum of three shelves before it burst into flame and exploded in a firey ball of destruction. Now you could just leave that book on the same shelf and move everything else around to make sure you didn’t have to remove it. But eventually, there’s going to be a fire, or some other error, or you’ll want to move, or upgrade shelves. You might want to share the book with a friend, let him or her borrow it for a while and put it on their own shelf. You might even want to sell it to get some money for new books. Books are traded everywhere. They’re even available at the library for free. And yet, the book industry isn’t collapsing, it’s doing quite well. It always has. The used-book industry has enormous numbers, but no special chips are being installed in books to make sure they aren’t re-sold. And you can put them in as many shelves as you want. It’s illegal, but nothing can stop you from photocopying the whole thing. Until Sony’s new reader begins to replace physical books, book trading will be easy and more or less free. 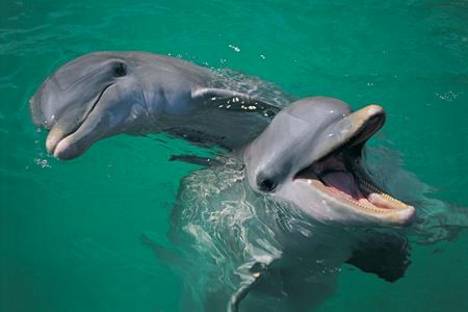 Movies are a bit of a different case, but are no more controlled than books. Movies are freely traded between friends, sometimes for months at a time, and you can always watch the movie you purchased as long as your player is compatible. There is no limit to the number of DVD-players/VCRs you can play your movie in, and not really much in the way of DLC necessary to have the full experience. Piracy is a major issue in DVD releases, but this hasn’t led to any controls apart from the shift to HD. The actual discs still work on as many systems as you want.

Yes, these are two very different industries, and I’m sure you could post all kinds of statistics showing how each market is different, but the principle is obviously the same. In any other medium (including most but not all music physical media), trading, renting and re-selling are all accepted into your basic rights as a consumer. Everybody buys used movies, books or CDs at one point or another, and there’s no guilt associated with it. It is accepted that if you own the physical item, it is yours to do with as you like. Some books have “not for re-sell” printed on the inside, but they won’t stop working if you break that little rule. It’s your power as the owner of an individual object. 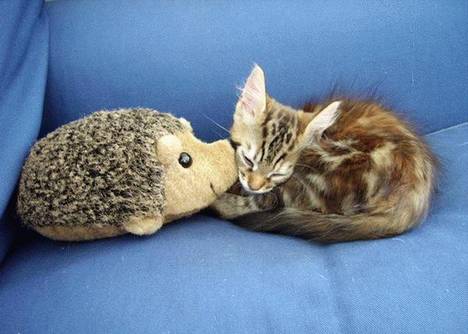 Bad but thought provoking comparisons: How many walls can you hang your painting on, or do you rent them? How many rooms can you have your couches in and how many people can you share your bed with?

So why is this all happening? Many will say, “Yo dude, just admit that it’s all about piracy. Or are you a pirate?”

Apart from being ad hominem, this response is so ignorant as to be belligerently stupid. There is no reason to believe any of this is affecting piracy in any way, other than increasing it. More of the same does not = solution.

Almost every study of piracy and the industry shows that the industry is actually expanding, despite increasing piracy, and that at least in the movie industry, piracy does not explain the majority of profit losses (when they occur). In fact, there are many well argued reasons why piracy actually either doesn’t hurt the industry or, in fact, helps it. One example is argued at the blog HERE. 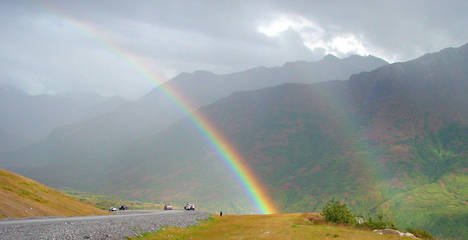 Piracy against little producers, like the recent stupid stealing of World of Goo is despicable, but probably isn’t as bad as it sounds. World of Goo is an indie title that none of the reviews have really fully shown to me why I would want it. I’m not going to buy it. I don’t have that kind of income just sitting around. Everything is budgeted. However, if I pirated and liked it, I might actually purchase the thing. Now I have no intention of doing that, but it shouldn’t be surprising that a niche title isn’t getting tonnes of money right off the bat. It’s exactly the kind of thing people want to try before they buy. That doesn’t excuse them from stealing from a couple of poor artists, but I still would bet that if there was no piracy for such a title at all, there would probably be fewer sales. Studies of piracy do show this, again and again. Not every time, but often, sales are actually boosted by pirates who take a shine and decide to purchase a legitimate copy.

If you want a discussion on the lies behind the piracy “crisis”, Ars technica is a good place to start. There are many others out there as well, Google is your friend.

Now, okay, so piracy isn’t a good thing, even if it is “possible” that it benefits producers. However, one thing is for sure, anti-piracy measures like subscription fees and draconian DRM actually encourages, rather than discourages piracy. Piracy of games like Spore went up dramatically once word of the DRM went out. Re-sale will be slim, but piracy will continue unabated.

DRM actually encourages piracy folks, it’s that simple. If you are opposed to piracy you NEED to be opposed to the practices that take ownership of physical media out of our hands and puts it in those of the publishers. 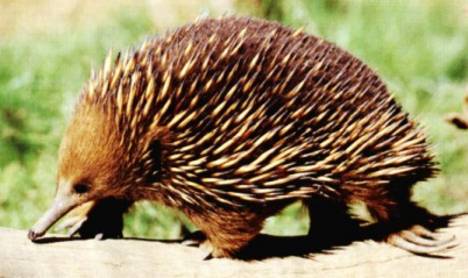 We would never have gotten this far down the path away from consumer rights had this been any other industry. As your games become subscription only, restricted to one console only, and one TV, with a great deal of content only available through an additional download, many of us are just going to nod our heads and say “eh, it’s all right, they have to do that. Anyway, I didn’t buy a game, I bought the USE of a game, and it’s their right to do with it as they will.”

Except any contract between you and the original company is signed AFTER purchase, not before, because that would discourage sales. Any contract puts them squarely in control and you at their discretion.

We’re entering an interesting era. At the apex of a financial crisis, a handful of companies still making money hand over foot may have the opportunity to end the fair trade of owned goods, to change the whole relationship between physical media and consumers. You may cease owning games — all of the main publishers may begin to control every imaginable use of the product you purchase. 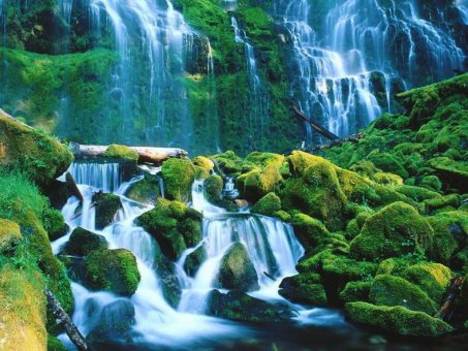 Now you can sit back, and say, “It’s no big deal, my mom buys all my games,” or, “I’m in IT, and have great benefits,” or just “I don’t care.” These are all legitimate (if short-sighted) responses. But you have to wonder, what would it mean if nothing I owned was mine to use in perpetuity. Will I have a library to share with my kids, or will everything I own be useless in another 20 years? The ultimate disposable society.

Look, I’m not calling end of the world apocalypse here, but it’s about time we honestly appraised the whole gaming industry and our place as consumers. What rights do we, and what rights should we have? How can we protect those rights (just by sitting there?). If piracy isn’t being stopped by any of these measures, what is their real justification? What are the hidden costs, and how can we be given back the right to own what we buy?

Sorry to cut you off, but I have to download a new license for my toaster.

Shouldn’t have bought it used. 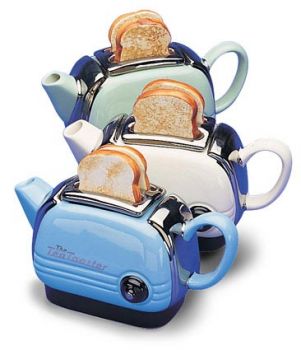