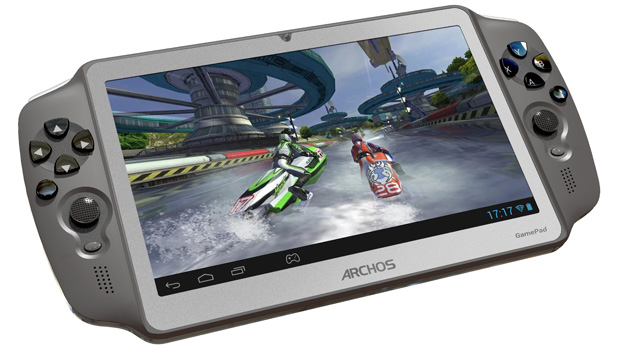 Android-powered gaming device arrives in US next year

When I think of ARCHOS, I recall their efforts to try and capture a slice of the portable MP3 market about ten years ago with a line of bulky, but well-designed players. They’ve been making Android tablets of late, and introduced their GamePad handheld a few months ago. Now, ARCHOS has announced the availability of the device in Europe, where it retails for 149.99€. A North American release is expected early next year.

That sounds like a hell of a good price. The GamePad runs Android 4.1 (Jelly Bean) on a 1.6Ghz dual core CPU with a quad-core Mali-400 MP4 GPU and features a 7″ display with a resolution of 1024×600. It looks sleek, for certain; totally not the bricks I remember their MP3 players being way back when. I’m not so sure about those analog nubs, but I’m definitely interested in checking the thing out.