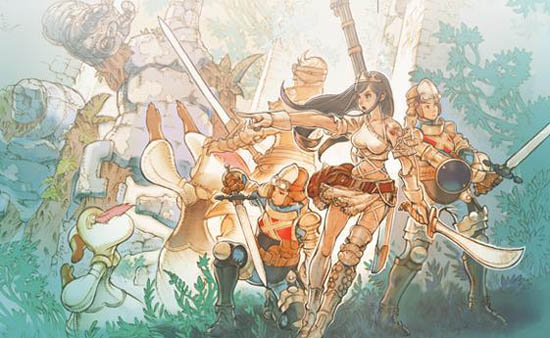 Mistwalker’s first portable RPG is called Archaic Sealed Heat, and although we’ve been hearing about it for awhile, it wasn’t until recently that we started to see some real details.

First off, Nintendo Japan’s Web site for the game has moved from teaser site to the real deal, giving more details on character and story information.

Famitsu has some new screenshots from the game. Most noticable are the pictures of the cutscenes, which will probably have you double-checking if this is really a DS title. Other pictures include shots from the battle system, which can range from a standard RPG encounter battling to a grid-based strategy affair. The strategy lies in the use and distribution of Action Points, which are shared between everyone in the party.

Archaic Sealed Heat will be released in Japan on October 4th. Let’s keep our fingers crossed for an English language release. In the mean time, we hope to get some hands-on time with this title at the Tokyo Game Show next month.