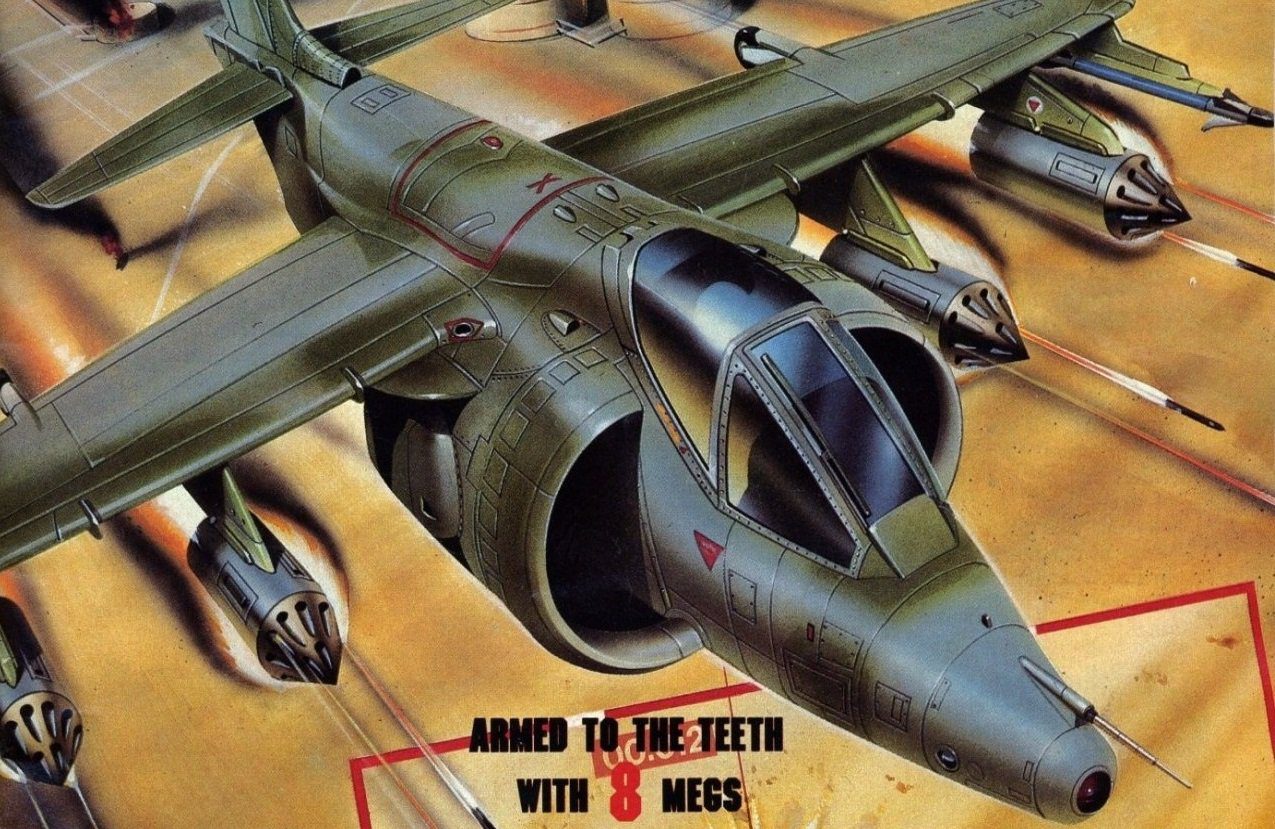 (But not the Sega Mega Drive version)

If you think Hamster has already re-released every single 1980s shmup to its Arcade Archives range, they’ve only scratched the surface. Easily replicable at speed, the credit-killing genre saw a tidal wave of releases, reaching well into the treble figures in a short space of time. Thus, it’s likely that we’ll see many more examples of the genre’s lesser-known entries over the coming weeks, months, perhaps years.

This week’s entry is NMK’s Task Force Harrier, which hit the arcade scene in 1989 before eventually being reworked for Sega Genesis in 1991. A fairly standard vertically scrolling shmup, Task Force Harrier has players pilot a futuristic jet fighter, alternating between air-to-air and air-to-ground weaponry against waves on enemy fighters and terra firma-based defenses. Power-ups add miniature “escort fighters” which add the player vessel with additional firepower.

Task Force Harrier offers little of note, slotting in-between the myriad shmups that packed out arcade centers in the late-’80s. Without much in the way of unique or groundbreaking gimmicks, Task Force Harrier is more of a “completionist” release, only really for those who are really digging building a collection of forgotten sky-fighters. Task Force Harrier is available to download now on Nintendo Switch, priced at around $8. Check out the action in the trailer below, courtesy of YouTuber World of Longplays.