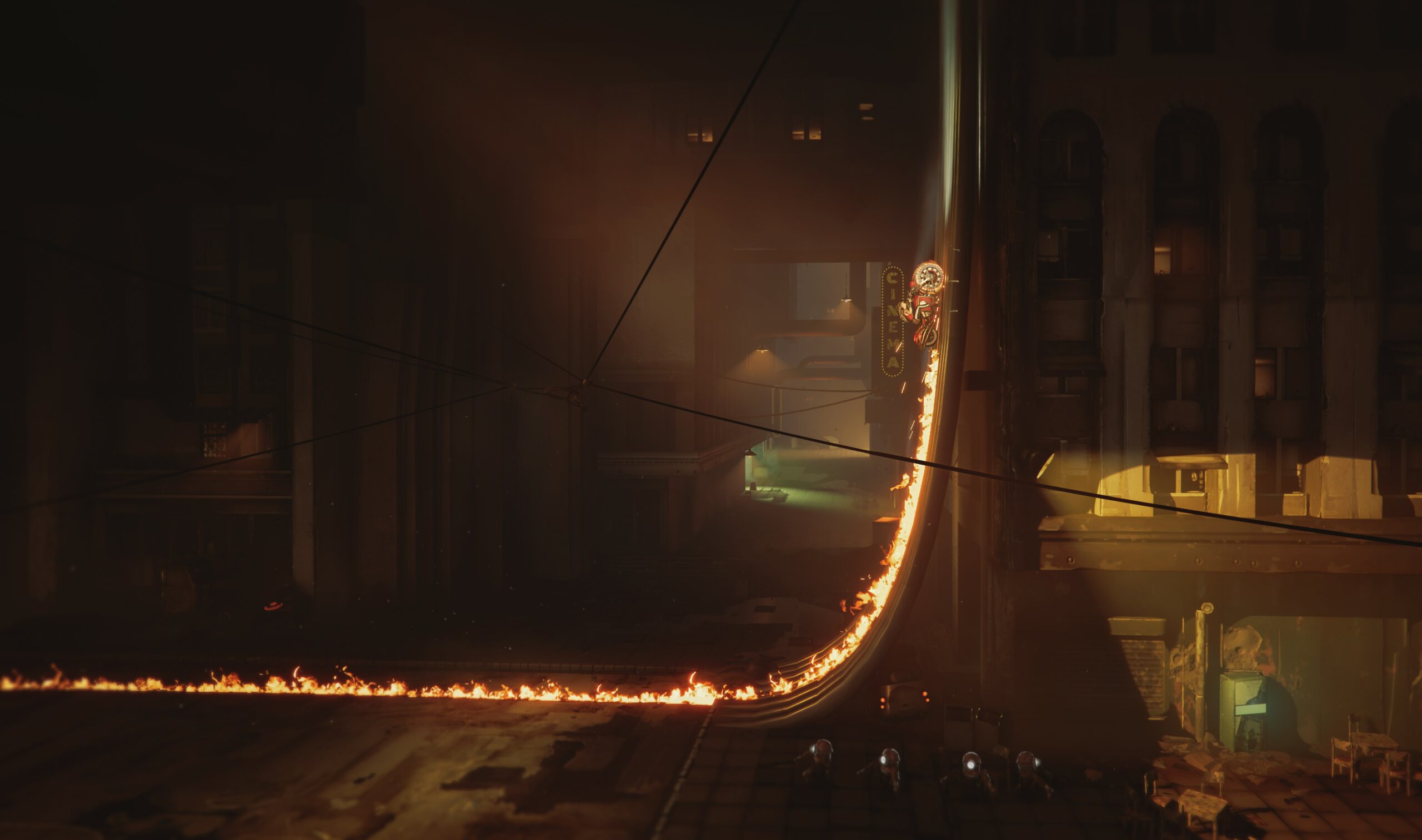 Unfortunately the Biker Mice from Mars do not make an appearance

One of my last stops at PAX East 2018 was to check out Steel Rats. The project from Tate Multimedia is being handled by a small team of no more than thirty Polish developers.

The game puts you in control of the Steel Rats biker gang making their way through a quarantined city infected by a deadly virus and filled to the brim with killer robots.

Steel Rats is a game for gamers, at least that’s how the development team put it to me. After playing a bit of the three levels they brought to the show, I could see exactly what they meant. It only took a few minutes to wrap my head around the base controls, but Steel Rats can be pretty damn unforgiving.

The player takes control of the four members of the Steel Rats biker gang. You can switch between members on the fly, each equipped with their own special abilities like missile launchers or the capability to shoot fire out of their bike’s tailpipe.

You can perform quick turns on your bike to get a drop on enemies and move between the background and foreground using Steel Rats’ two-lane mechanic to dodge robots and obstacles. If you would rather just power through obstacles, the saw blade on the front of your bike can also slice through most things in your path and is genuinely pretty badass.

The saw blade on your front wheel can even be used to dig in and drive up certain walls. It made me feel like Ghost Rider (and not the lame Nic Cage one). Your bike can also pull off some sweet slo-mo jumps and there are plenty of weapon pickups to find if you don’t feel like getting up close and personal.

During my brief time with Steel Rats, I died…a lot. Watching the dev team play was like seeing a different game. Steel Rats is looking to make its way to PS4, Xbox One, and PC later this year and I’ll make it my mission to get good at it.