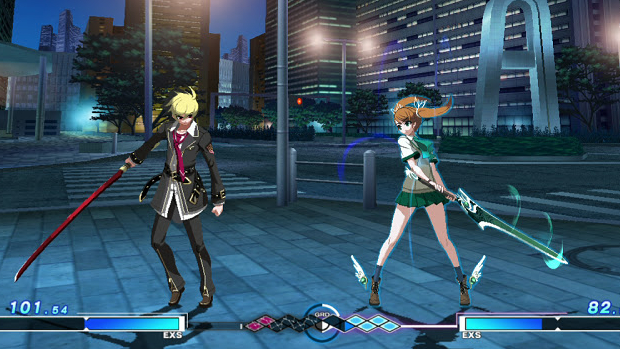 “Under Night In-Birth Exe:Late offers up a peculiar cast of characters,” Aksys explains in its press release. “Merkava is a bizarre being who can alter his form, gliding with bat wings in one moment, and extending his deadly arms toward his opponents the next. Linne is a young, seemingly innocuous girl who quickly decimates her enemies’ expectations, utilizing her sword to viciously filet would-be assailants. 16 characters bring with them a distinct appearance, as well as their own fighting style to dole out the punishment!”