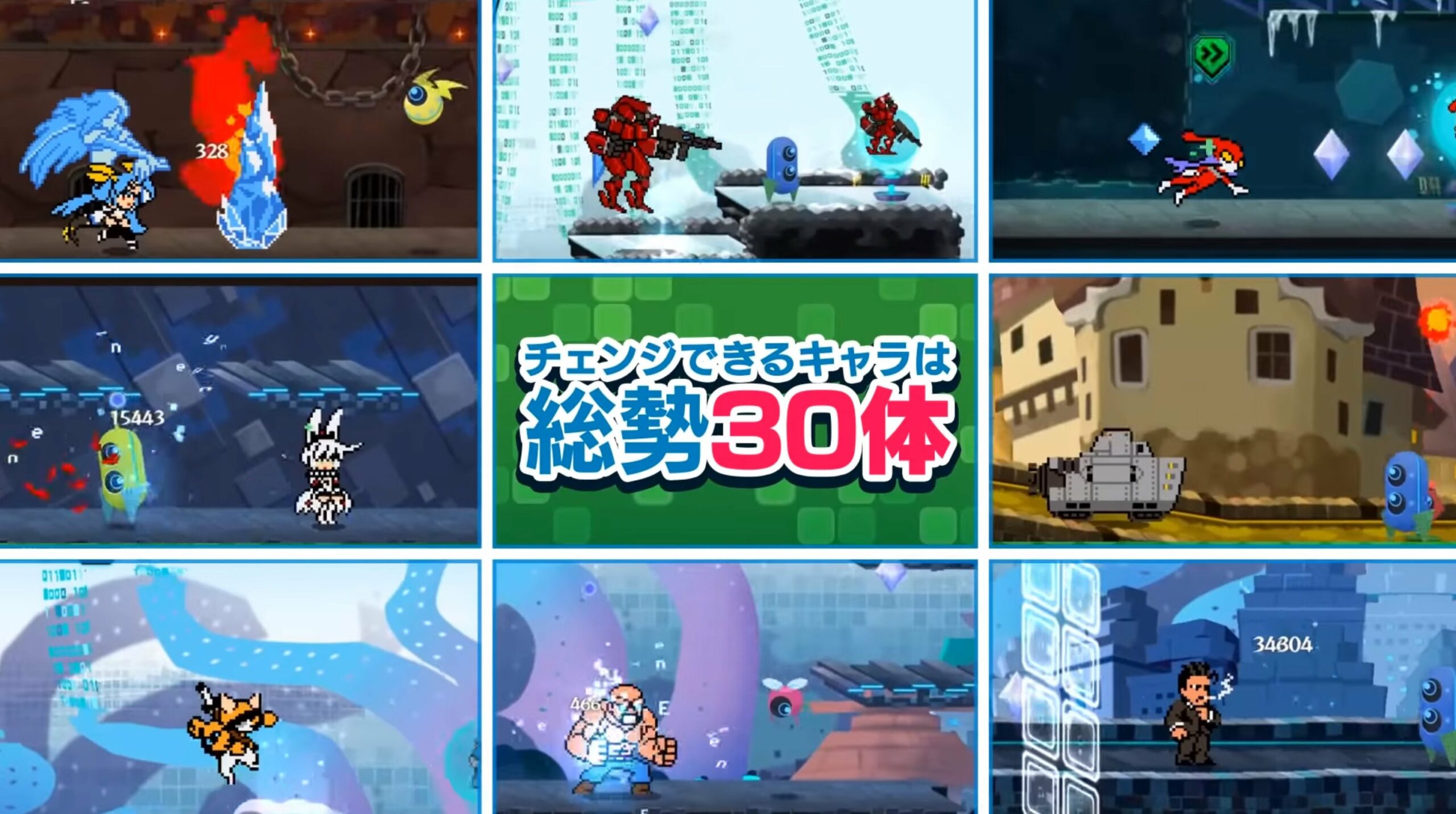 Throughout the course of several decades, Arc System Works has built up quite a reputation as a character factory. Not only do they have access to a ton of old properties, but they also have still-relevant heavy-hitters like Guilty Gear and BlazBlue to draw upon. So it makes perfect sense that they’d spearhead their own all-star/crossover game. They’ve done it before!

Revealed by way of a new trailer, Code Shifter will feature “100 characters” spanning multiple universes, which includes River City, Guilty Gear and BlazBlue. It’ll have new IP involved as well, like Stella, the game developer heroine who is tasked with fixing bugs for a major release; creating a virus-destroying avatar in the process. What a wonderful Freakazoid-like premise.

On top of all that it’ll sport 8-bit remixes of Arc System Work songs (Sol Badguy’s Guilty Gear theme is teased), as well as costume options, “EX stages” on top of a full campaign and a “Colorful Fighters” brawler minigame mode that supports up to four players. Yes, this ticks all of the boxes.