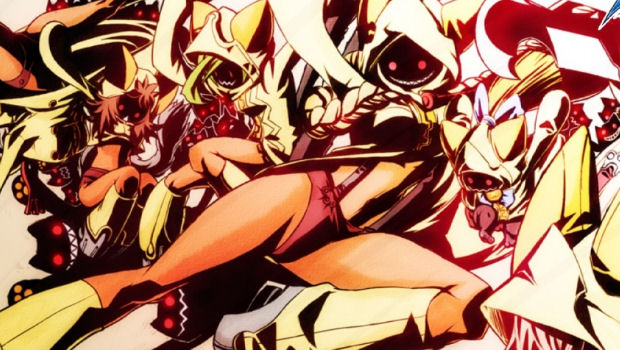 With so much talk of Western vs. Eastern games and Japanese developers trying to “appeal” to the West, Blazblue creator Arc System Works prefers to see the world as one big ball, and we gamers as a single mass rather than two distinct halves.

“Personally, I don’t view users according to their nationality, but rather as gamers,” explains director Takeshi Yamanaka I make games for people who like them. “If there are people who like fighting games with Japanese-animation-style motions and a fantasy setting, I’m making the game for them.

“I don’t understand why some of us in the industry want to draw a line between the Japanese and overseas industries. I see only gamers, with various tastes.”

While I think there are certain national stereotype that we all justify, it’s still a healthy attitude for Yamanaka to have. We claim that “only Americans” enjoy shooting games, despite the fact that Gears of War has a decent Japanese fanbase, and we claim that “only Japanese people” like big-eyed, floppy-haired roleplayers, despite the fact that tons of people have a boner for Final Fantasy.

As different as we are, we may not be that different.

Arc System Works: No East, No West, Only Gamers [Edge]

Filed under... #Developer stuff#Things gamers do