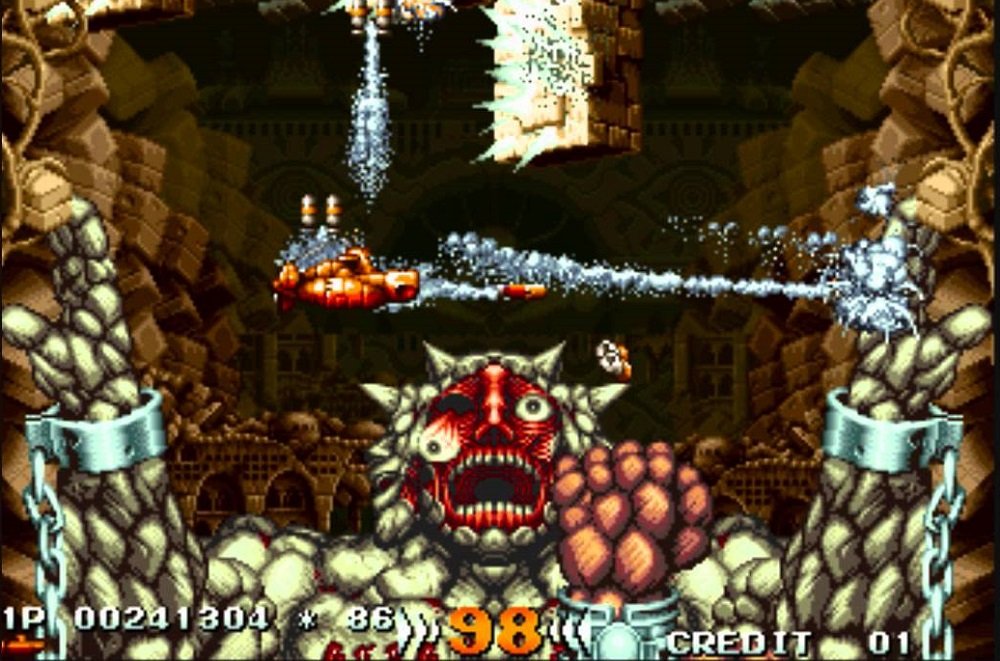 Retro games publisher Hamster has something a little different and a little special for this week’s release, as Irem’s attractive shmup In the Hunt has returned for PS4 and Nintendo Switch.

Originally released in arcades in 1993, (and appearing later on the Sega Saturn and Sony PlayStation), In the Hunt is a horizontally-scrolling shooter set within the claustrophobic confines of the deep blue sea. After a terrorist organisation known as the D.A.S. (Dark Anarchy Society) flood the planet by melting the polar ice caps, a resistance force creates a powerful battle submarine, the Granvia, to fight its way to the D.A.S. sub-aquatic headquarters and blow it sky sea-high. You can check out a video below from World of Longplays.

In the Hunt was designed by the team who would go on to create the Metal Slug series for SNK and it shows, packed to the gills with detailed and delightfully-animated sprites, intricate backgrounds and explosive effects. Players guide the Granvia through both shallow and deep waters, fighting off the D.A.S. forces as well as a series of formidable bosses. Though a little more deliberately-paced than some shmup fans might expect (reflecting its aquatic nature) In the Hunt remains today a unique and enjoyable example of the genre.

In the Hunt is available to now on PS4 in Japan and Nintendo Switch worldwide, priced around $8.