Injustice 2‘s first big balance patch has arrived. While previous patches focused on bug fixes and minor adjustments, this patch represents a major shake up for NetherRealm’s funny book fighter, aimed at taking the edge off some of the top-tier characters while boosting some of the weaker ones. You can read the entire patch notes on the Injustice 2 official boards, but I’ll tell you right now that some characters made out better than others.

Unsurprisingly (if you’ve been following message board chatter and the tournament scene), the two characters hit the hardest are Aquaman and Black Adam. Royalty just can’t catch a break it seems. The king of Atlantis can no longer combo off a meter burned Tentacle Strike, his Trident Rush does less chip damage on block, and some of his safest and most spam-able combo strings have been adjusted to make him a little more vulnerable on recovery. Meanwhile, Black Adam has received damage nerfs pretty much across the board and some of his best tools (IE, Black Magic) have been given more recovery and less advantage.

I’m sure players who main those characters will be disappointed, but for those of us who have lived in constant trembling fear of the monarchy since release, this is a welcomed revolution. Sharpen up the guillotine. 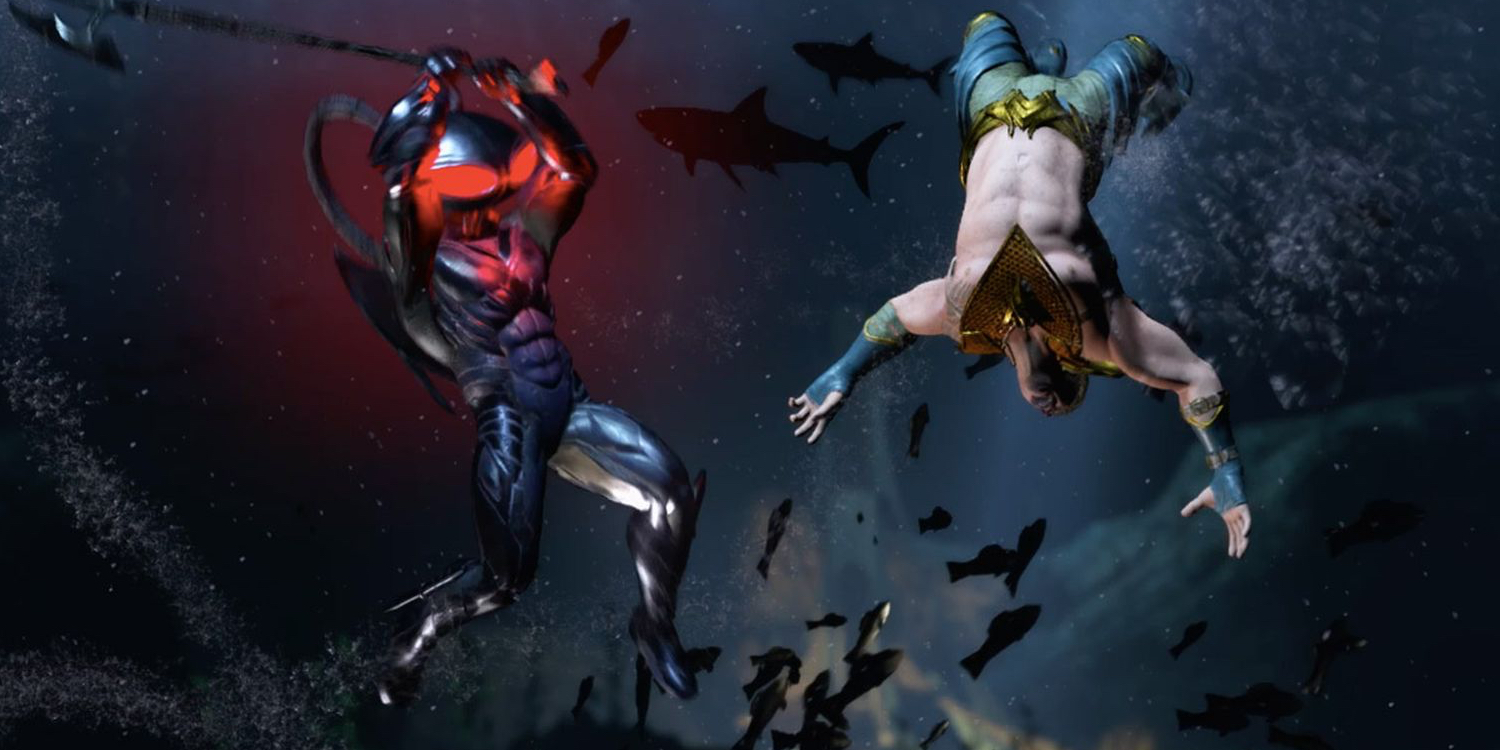 It’s not all nerfs though, some of the perceived low-tier characters have gained some nice buffs. Grodd made out like a bandit with a slew of tiny improvements and Brainiac received a huge change to the way his drones are stored and released that will likely make him a lot more dangerous. Other struggling characters such as Joker and Blue Beetle were left in the cold for whatever reason. Maybe there is tech out there for those characters that nobody is capitalizing on just yet, or maybe NetherRealm disagrees with the community consensus that those characters need help.

I’ll be interested to see how the game changes in light of these adjustments. I have a feeling things will settle back to the status quo pretty quickly. Some players might drop Aquaman and Black Adam mains will grumble, but overall most of the tools that make those two characters so strong are still intact. Other top-tier characters like Batman and Superman were barely touched in any meaningful way and will stay at the top of the heap (yes, Superman’s wake-up is weaker now, but come back to me when he doesn’t easily combo for 40-50% on every hit). The top-tier will still be beasts, but with the buffs some of the weaker characters received at least the match-ups won’t feel entirely up-hill. That’s pretty much all you can ask from any balance patch.

The patch is live now, so hop on and see how your favorite characters made out.