Ah April Fools… this is the time of year I like to have an authoritative-sounding man call my mother and tell her I was in a horrible car accident. Then as they’re lowering the casket into the ground I pop out at the last second and we all have a good laugh. Except for poor old Uncle Marty, may he rest in peace.

But this year I thought I’d focus on other people’s (less mature) April Fool’s jokes. From World of Starcraft to Shrek Calibur II, there have been some decent attempts to trick the ever-gullible gaming community. So without further ado, I present some of the greatest AF pranks in gaming history. I say “some” because I’m sure there is a small third-world country somewhere out there that has a really witty sense of humor, but as they won’t have the internet for another 300 years, I have no way of knowing about it.

Hit the jump for all the fake goodness. 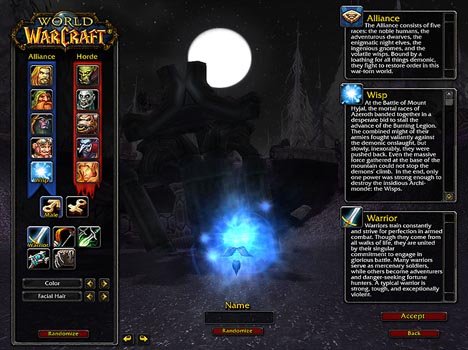 Blizzard is known primarily for its April Fool’s jokes despite having made a few games here and there, and last year Blizzard took the beginning of April as a chance to show off the new Alliance playable race in the then-yet-to-be-released Burning Crusade expansion pack, the Wisps.  Sadly, it was too good to be true, and Alliance players were instead given the Draeni.

But it was not Blizzard who had the best Blizzard-related April Fool’s joke; Gamespot, of all places, announced the World of Starcraft, complete with a decent in-game screenshot. To this day, if you listen quietly at midnight, you can hear many a fanboy still praying that this game is real. And who knows, if they pray long enough, maybe it eventually will be. 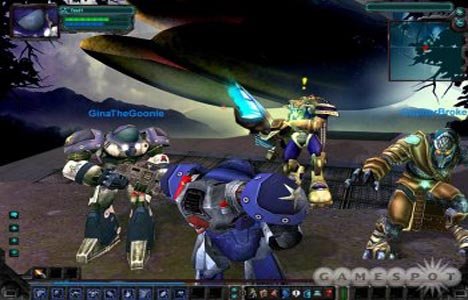 As a testament to just how gullible people can be to April Fool’s jokes, one internet denizen took it upon himself to create a fake Castlevania game for the DS, complete with a “leaked” (Photoshopped) Gamepro cover to back it up. Within mere moments of it being posted in a couple forums, major gaming websites, as well as a plethora of sites I’ve never even heard of, were all reporting on the game, subbed “Dual Moons”. Eventually Konami squashed the rumors with an official announcement revealing Portrait of Ruin. Thanks to inverteddungeon.com, you can also get a step-by-step walkthrough on how the fake GamePro cover was created.

One site who has especially been duped time and time again is Joystiq. Normally known for their intelligent articles on the impact games have had on society, both mentally and economically as a whole, it’s surprising how quick the Joy is to claim blatantly false information as true. On top of that, if I were them, I wouldn’t leave the evidence of my foolishness lying around to be pointed at and ridiculed for years to come. Usually when a dog poos on the carpet, they get their nose rubbed in it and then it gets cleaned up. I guess they haven’t figured out the second part yet. This year Joystiq even went so far as to beg its tipsters (people who do bloggers’ work for them) to “be more skeptical than usual” when submitting news tips. 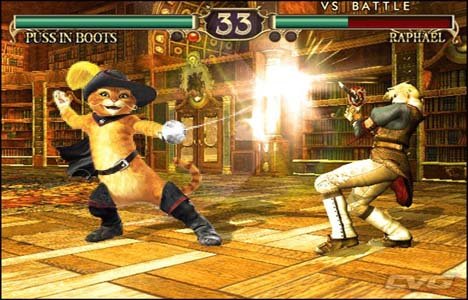 Most major companies and magazines shy away from April Fool’s jokes as the past has shown that gamers can be a spiteful bunch when you get their hopes up and then crush their dreams. It also makes pretty much any major gaming announcement from the middle of March to the beginning of April hard to believe.  Yet, two magazines have continued the tradition year after year; Gamepro, with its appropriately titled “Lamepro” feature, and Electronic Gaming Monthly, which has had a pretty surprising impact on the gaming industry once or twice.

The history of EGM April Fools jokes is actually rather interesting. They certainly put a bit of effort into it, usually including hints that anyone who can tie their own shoes without filling one with drool would be able to decipher. In 1992, EGM revealed Shen Long (Ryu’s master) to be a thuper-thecret boss in Street Fighter II. All you had to do was simply beat all eleven opponents without losing a round, then get 9 draws in a row against M. Bison. This prank is significant for two reasons: 1) Shen Long’s supposed moves list included a flaming Dragon Punch, air throws, and multiple other moves that were later added to Ken’s arsenal. 2) Supposedly, this April Fool’s prank is the inspiration behind Akuma, although this has neither been confirmed nor denied by Capcom.

The rest of the EGM pranks are pretty weak in comparison, although more recently they announced a pre-order deal for Twilight Princess that would also net buyers a reinvisioned Wind Waker with the TP graphics engine. One major gaming site hopped on this like a bunch of swooning fanboys, only to later add a very bitter update. The name of the site has been left out so as not to further embarrass the “writers” any further… *cough* Joystiq *cough*. 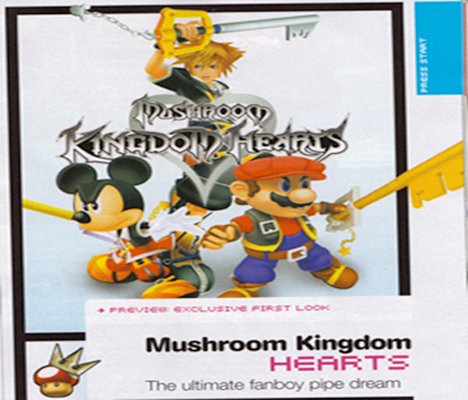 This year EGM went with Mushroom Kingdom Hearts, a KH sequel including over 41 Nintendo characters. 4-1… April 1st. I hate to beat a dead web site, but… “Think what you may, but EGM hasn’t officially confirmed Mushroom Kingdom Hearts as a prank. You might want to place a pre-order this weekend.” Joystiq, seriously, even my dog rolled its eyes. You guys really need to figure this whole April Fools thing out…

Websites and magazines aren’t the only ones with a mischievous sense of humor, however. Graffiti artist “Poster Child” has done some impressive work in his life, but none made headlines nearly as much as the life-sized Mario coin squares he came up with. Actually, it wasn’t him who made them famous, but  rather five teenage girls from Revenna, Ohio. I know what you’re thinking; “Where the f*** is that?!” Well I looked it up, and apparently Ohio is in the United States… somewhere. Anyway, these girls created seventeen Mario boxes for April Fool’s and placed them near multiple public buildings such as the library, the high school, and presumably no less than four Wal-Marts.

You can probably imagine what happened next. In this day and age, where terrorists are known to take the time to make artsy little bombs referencing classic video games, of course concerned citizens called the police. Hazmat and bomb squads inspected each of the empty boxes, and all the drama caused one of the girls to turn themselves in. For a while, the girls were allegedly looking at criminal charges, and of course Jack Thompson took a moment to blame car bombings on Luigi and Princess Toadstool (or some similar bullshit). 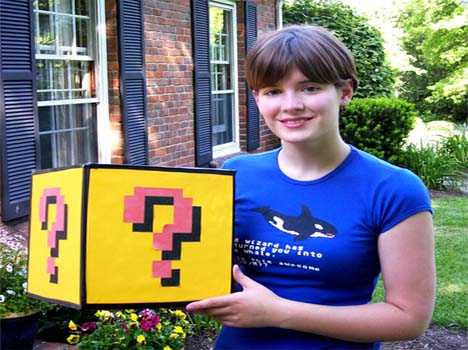 And finally, to wrap it all up, a bit of non-gaming April Foolishness. Surely one of those will come in handy during a game of Trivial Pursuit.

Filed under... #Fake Games#Parodies#World of Warcraft