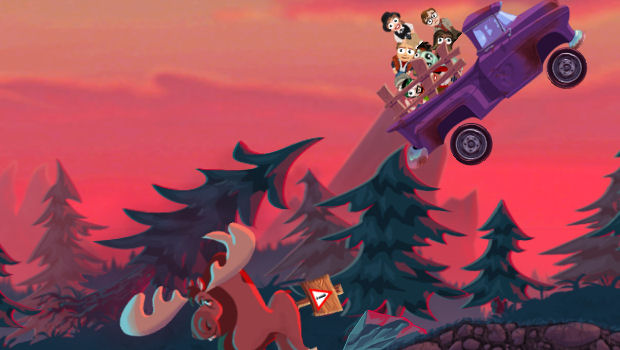 Smuggle Truck was created out of the developer’s frustration at his friends having a hard time immigrating to the United States. As someone who’s done it himself, I can sympathize with the amount of bullshit it requires, and it’s significantly easier for me to do it than a Mexican person. Yet, despite the critical, satirical message, Apple deemed it racist and refused to let it go up.

The answer? Turn the Mexicans into animals, call it Snuggle Truck instead of Smuggle Truck, and resubmit it. The upcoming PC and Mac version of the game will include Smuggle Truck as an optional re-skin, but on iOS, it’s all about helping animals escape the zoo for a life of freedom.

It’s $2.99 on iTunes and the art is by Curse of Monkey Island‘s Bill Tiller. Just be glad all that horrid racism is gone. Your children can sleep easy tonight.