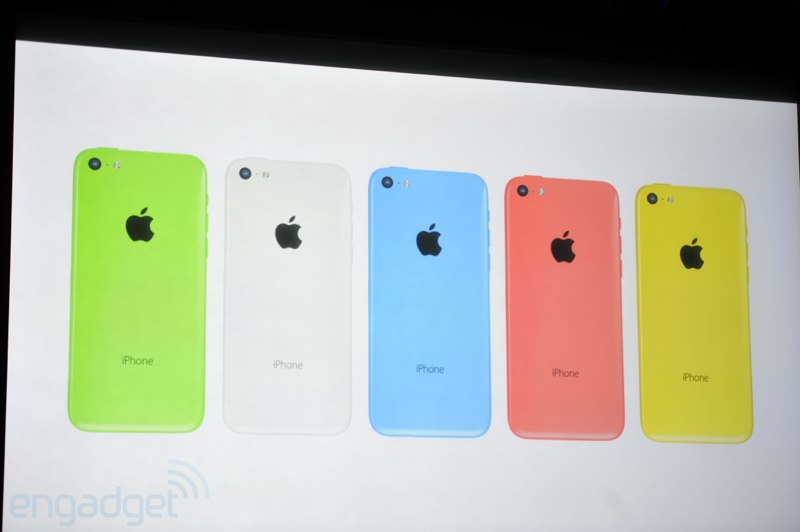 It’s made of polycarbonite — a change for Apple. It’s steel reinforced on the inside, though.

It is powered by the A6 chip and has a 4-inch display, just like the current iPhone 5. The battery is larger than the iPhone 5. The camera is an 8MP affair, with a hybrid IR filter.

A new line of custom cases will be released alongside these new phones, priced at $29.

iOS 7 was covered heavily in this press conference. It will be available starting September 18, and will come on these new phones.