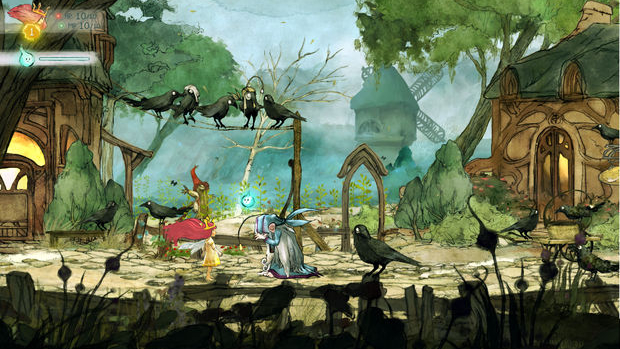 At this point you could show me anything about Child of Light, Ubisoft’s upcoming JRPG-inspired tale that’s built with the same framework that bore Rayman Origins and Legends. I’m sold. Even if this “co-op trailer” doesn’t seem too much beyond the blue light guardian Igniculus restoring Aurora’s health and revealing passages.

Ubisoft has made the right decision in parceling off smaller teams to work on titles like this and Valiant Hearts in the UbiArt Framework. I hope these games are successful enough that they keep doing it. Maybe Nintendo should license it so they can make another 2D game at some point.