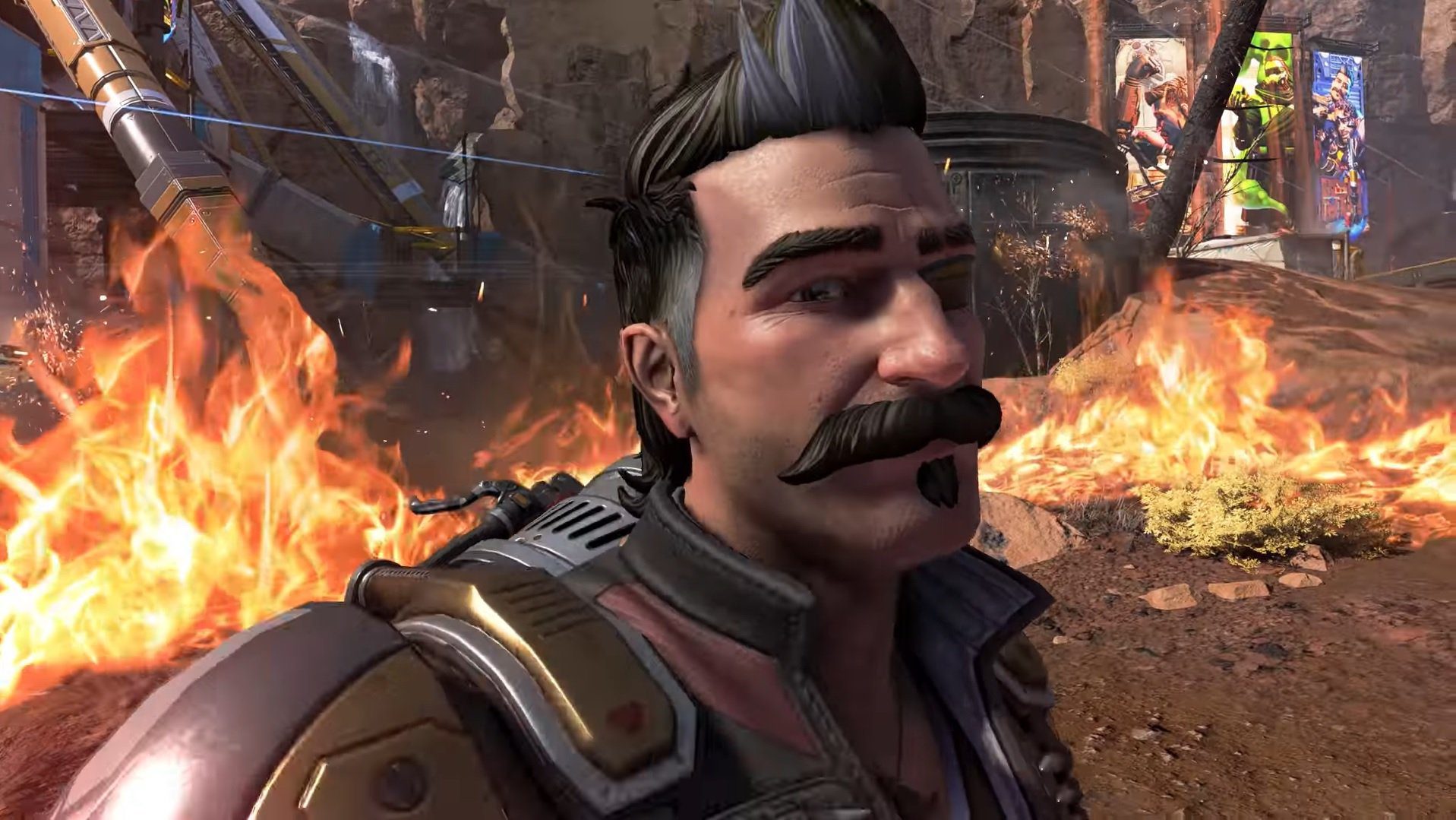 Season 8 of Apex Legends is just about a week away, and as usual, we’ve been peppered with some teasers about what to expect with the changing times over the past few days. Moyse showed the launch trailer along with the Nintendo Switch launch rumor this morning, but just a few hours later, Respawn released the gameplay trailer above.

It explicitly shows some of the new stuff coming, like the new 30-30 Repeater rifle and gold magazines. (The 30-30 looks like it hits hard and fires more slowly than a G7 Scout; gold magazine automatically reload weapons while they are stowed.) Season 8 will also introduce the new legend, Fuse, and this trailer teases his abilities. Clearly, his ultimate is the cluster of napalm he launches at around 2:12 in the video, and most players expect his tactical to be the small cluster grenade he shoots out of his mechanical arm at around 1:52. But it doesn’t take an eagle eye to see what he does at 2:08, launching an arc star out of his arm cannon at an airborne enemy. My guess is his passive allows him to fire existing explosive ordnance (frags, thermites, and arc stars) faster than a normal throw, allowing them to go further and arc less, making them easier to hit faraway targets.

What might take a bit more of an attention to detail to spot happens at 1:23 and 1:59. While aiming down sights on the 30-30 Repeater, there is a small meter that fills up over time, resetting on a shot. My guess here is that the Repeater has bonus damage with slow, paced shots, and less damage per shot when the trigger is spammed.

As usual, the above is all speculation until confirmed, but if history is a reliable indicator, we can expect a character trailer for Fuse within the next week to go through all of his abilities before the new season officially launches on February 2.