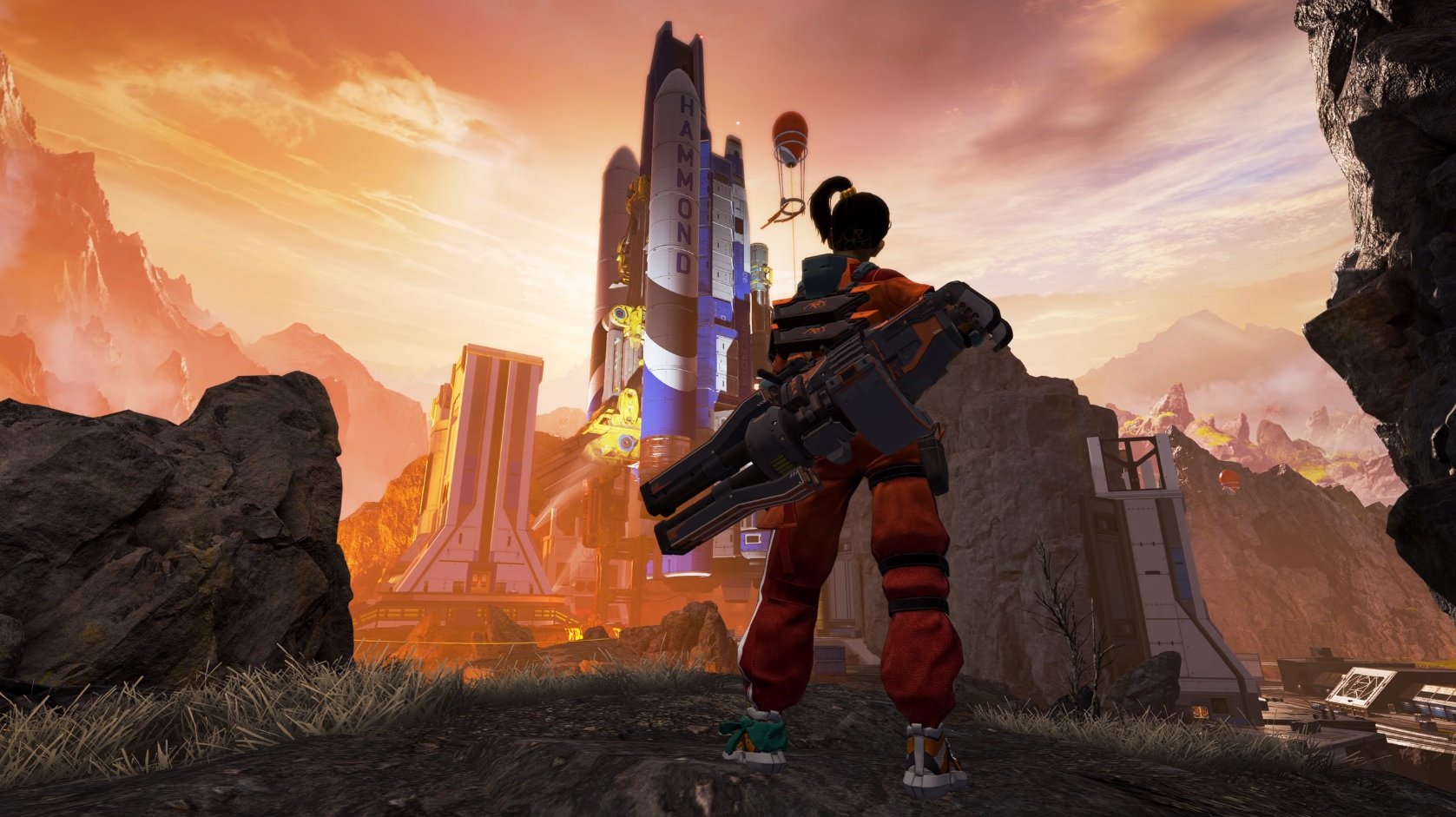 Probably not going off world just yet

One of the cool aspects of Respawn’s battle royale Apex Legends is its evolving story providing the backdrop for changes and additions over the course of its life. Players can choose to ignore it completely and just go for the W, but others can dive into the story and use it to predict upcoming gameplay changes.

One of the popular predictions for Season 6 was the introduction of a third map into rotation. Season 5’s “Broken Ghost” quest all but confirmed a new map would be coming in its conclusion, and the rocket shown in a previous Season 6 trailer hinted it could be soon. Today’s gameplay trailer pumps the brakes on that a little: the World’s Edge map will be getting that rocket as an updated point of interest (near the largely ignored corner of the map where The Dome sits), but Apex Legends probably will not be debuting a third map until later. Maybe that means later in the season, or maybe it means we’ll be waiting until Season 7 for it. Other updates to World’s Edge look like they are near Drill Site and Mirage Voyage.

Another new addition for Season 6 is the crafting system, which today’s trailer shows in a bit more detail. It doesn’t appear to be too complex: collect a new type of in-game currency, find a crafting station, and buy specific items that are on various daily, weekly, or permanent rotation. The shot in the trailer does show the old hop-up Turbocharger coming back, so it’s possible the Devotion is coming back out of care packages, or it could just be that it will attach to the new energy SMG, the Volt.

We can still expect one more trailer to release before Season 6 drops on August 18, going into detail on the new legend, Rampart, and her abilities.