Apex Legends is chugging along after making a big payday and sending off a payday of its own, and is currently in its first season.

In case you aren’t keeping up with the format (which has been used for ages in ladder systems and other recent games like Fortnite), “seasons” are basically ways to break up periods of an ongoing game with rewards and content drops: and in the case of modern gaming that deemphasizes the ladder aspect and focuses on cosmetics, an extra excuse to monetize.

Apex Legends is going the Fortnite route with the Battle Pass, which is basically a season pass that nets you “over 100 items” that you have to earn while playing. According to Respawn, it takes around 100 hours of play to complete the pass.

Accompanying the pass is a new Legend (character), Octane. For all we knew that was the only Legend on offer, but thanks to a new listing from Sony it looks like season one will have two characters. There are no current leaks or hints as to what they could be but given that it’s plainly listed it’s likely real. 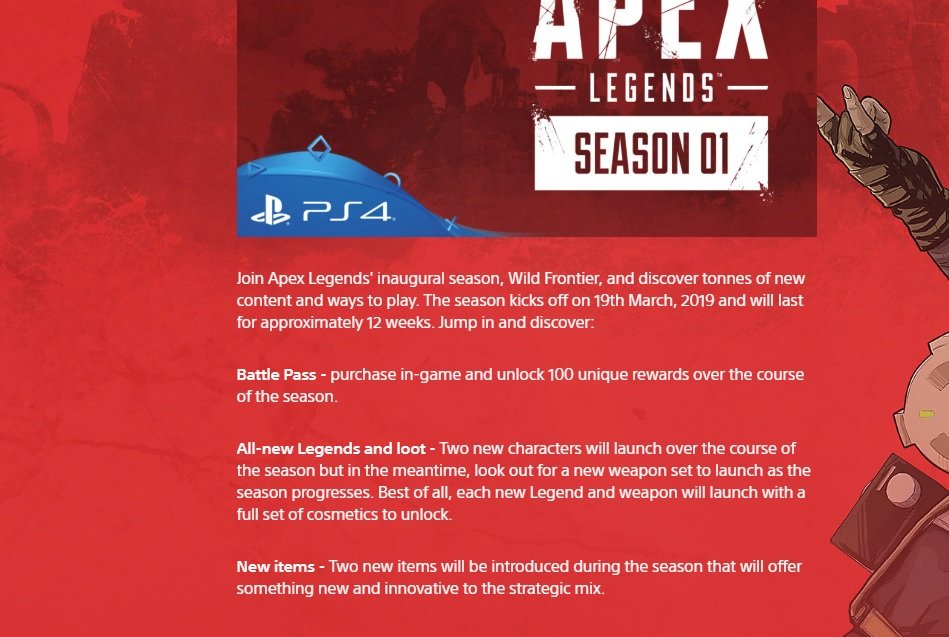