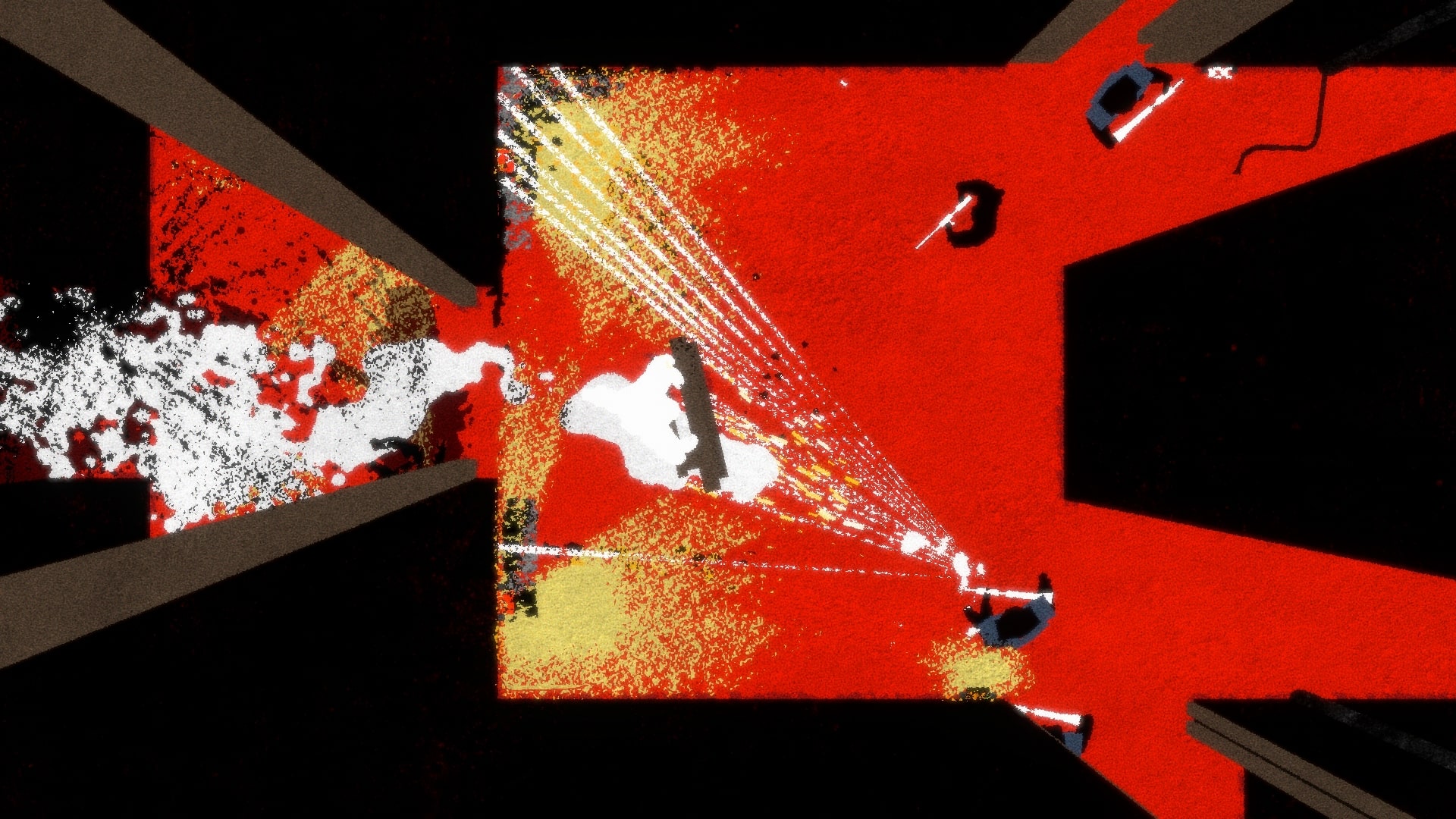 Ape Out, a Devolver Digital joint that puts players in the skull-crushing hands of a big ol’ gorilla, will release on February 28 instead of next week. It’s coming to PC and Switch.

Look, I could sit here and smash my fingers all over the keyboard to flesh this post out. I could even toss in a few puns like how Ape Out looks more fun than a barrel of monkeys. Or how the game’s free-flowing approach to combat and dynamic jazz soundtrack will surely allow players to go apeshit on any NPCs that get in your way with a kind of elegant brutality. But instead, let’s just watch the latest trailer. It’s short, sweet, and stylish as hell.

There’s a theory stating that with enough monkeys hammering away at enough typewriters on a long enough timeline, eventually, they’d reproduce the complete works of Shakespeare. It only takes one team to make Ape Out (led by Gabe Cuzzillo with art by Bennett Foddy and Matt Boch’s musical expertise), so take that, lesser primates.