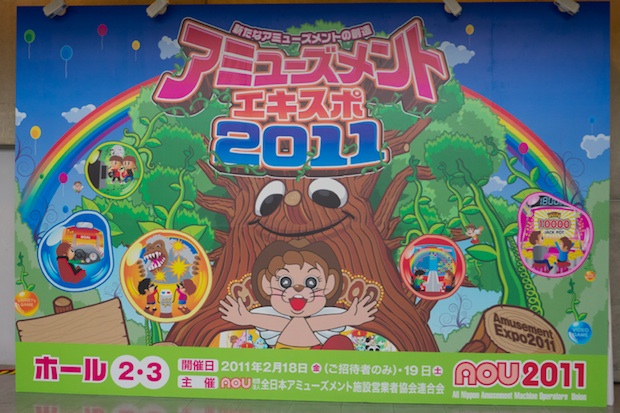 Every year the AOU Amusement Expo is held in Makuhari Messe, the exact same place where Tokyo Game Show is held. It’s the same building, but AOU only takes up a little corner of the building in comparison. The arcade business still seems to be doing well in Japan, and this year’s AOU seemed to have a pretty good turnout with a lot of fun games to try.

Below the jump you’ll find a quick overview of what was shown at AOU 2011 as well as some images and video. Enjoy.

Namco Bandai was scary this year with their no picture policy. Still, as you’ll see in the gallery below, I managed to snap some shots before being run off. The main draw at this booth was Tekken Tag Tournament 2, which drew lines all day to its massive stage. Off to the side of that, on their main drag was a presentation stage and a full-body Gundam game that had security running at you if you got near with a camera. 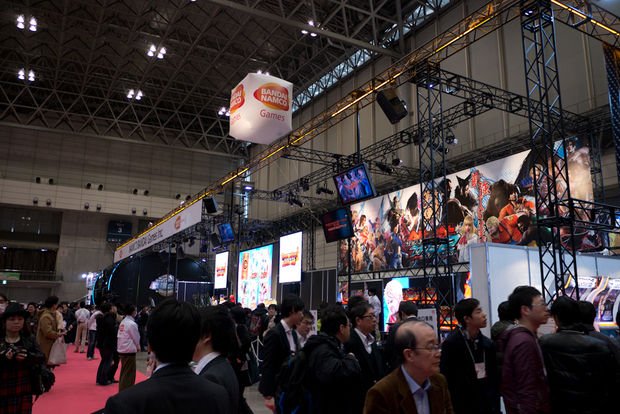 Sega had a massive booth with lots of games to appeal to all types. Away from their large Let’s Go Island 3D area was a booth full of their top stuff, Border Break Air Burst, Hatsune Miku Project Diva Arcade Version A and Virtua Fighter 5 Final Showdown. VF5 had an all-day tournament running and Border Break had lines that snaked around the booth and down the hall. 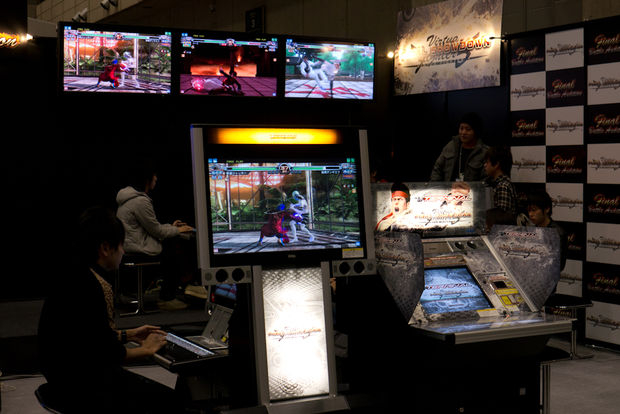 Sega’s fighter Chaos Code drew lines of curious fighting fans. Post play, Sega handed attendees surveys on the game. The survey I got asked impressions of aspects like sound, graphics, challenge and so on.

A networked Mahjong game debuted at the show, and players lined up for hours to try it out. MJS Network Mahjong seemed to get a healthy bit of the promotion budget for the show! 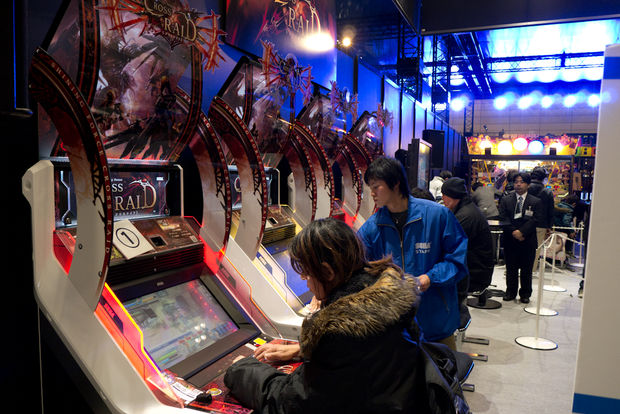 A row of networked Shining Force Cross: Raid cabs was also quite popular. Watching versed players control both the touchscreen and controls was quite impressive.

Sega’s racing spectator games have gone insane with the production value. I got stares when I laughed out loud at the opening movie for StarHorse 3. I kid you not: All the great horses of history flew up to the sky as stars, and then, together appeared out of the ether, bathed in light, as a surround sound soundtrack swelled and spotlights on the display cabinet flashed. I thought I was going to cry. StarBoat was equally epic, and featured beautiful graphics, as you’ll see in the above video.

Taito had a bunch of silly things showing, including a two-person personal arcade karaoke booth and super high-tech darts. Light gun music game Music GunGun 2 was one of my favorites, but the biggest lines were for two rows of Vewlix cabinets. Some were showing off new network play features, but most were showing fighter Aquapazza: AqualPlus Dream Match. There were huge lines waiting to get in on that one. 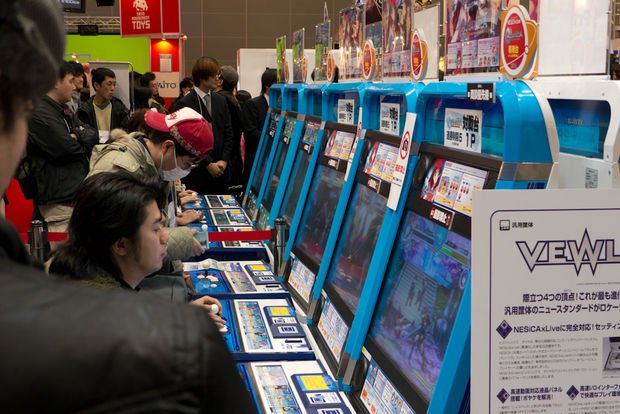 As we mentioned earlier, the big attraction at Konami was Love Plus. Around the back of the same booth, hundreds of people packed in to hear Japanese celerbrities talk about their impressions of new Bemani games, with Guitar Freaks XG2 and Drum Mania XG2 being the highlights 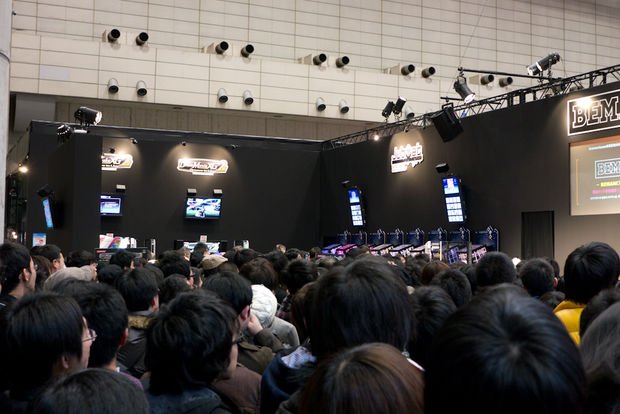 AOU 2011 was a great show. It made me happy to see that arcade games are still thriving somewhere. I look forward to next year’s show.