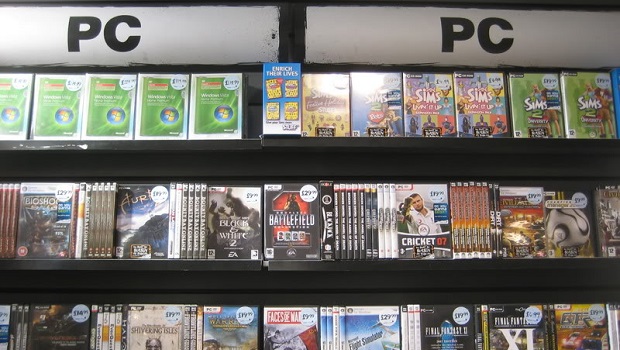 To the surprise of probably no one, it looks like the vast majority of PC games that are sold are through digital channels. PC site PCR has been told by analyst DFC Intelligence that in 2013, 92% of games sold were digital, while physical sales have declined to 8%.

In the UK specifically, physical games sales accounted for £1.015 billion which was just pipped by digital games sales at £1.18 billion, which includes mobile and tablet games. That is a rise of 16.4% from 2012. There’s no breakdown of how the digital sales were spread between formats but I’d have to imagine free-to-play and mobile titles made up a fair chunk of those sales.

That comes as no surprise for me, personally. I mainly play games on my PC and really, there’s no reason for me to buy physical copies of PC games. There’s a much better range of titles available online and shops here don’t accept trade-ins of PC titles.