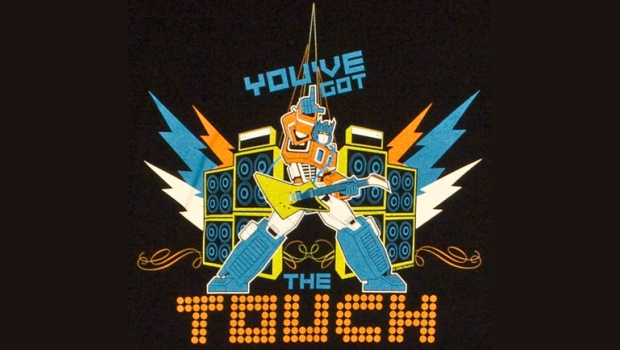 We’ve already reported the rumor that “The Touch” would be coming to Guitar Hero at some point. However, everyone out there preparing to relive their childhood better take a moment and sit down. The Tom and Dan podcast has reported that the rumored version of ‘The Touch’ coming to Guitar Hero will not be the original but a rerecording of the song that is being featured in the upcoming Transformers movie, Rise of the Fallen.

All I have to say is that if it’s this version you can count me out. Did the makers of the Transformers movies learn nothing from casting Peter Cullen as Optimus Prime? You don’t mess with perfection, people! Stan Bush nailed it the first time, there’s no reason to go back and do it again. Would you ask DaVinci to repaint the Mona Lisa? Should Welles re-shoot Citizen Kane? Should Miyamoto redesign Super Mario Bros.? No, I say. No, no, no. Perfection after the jump.