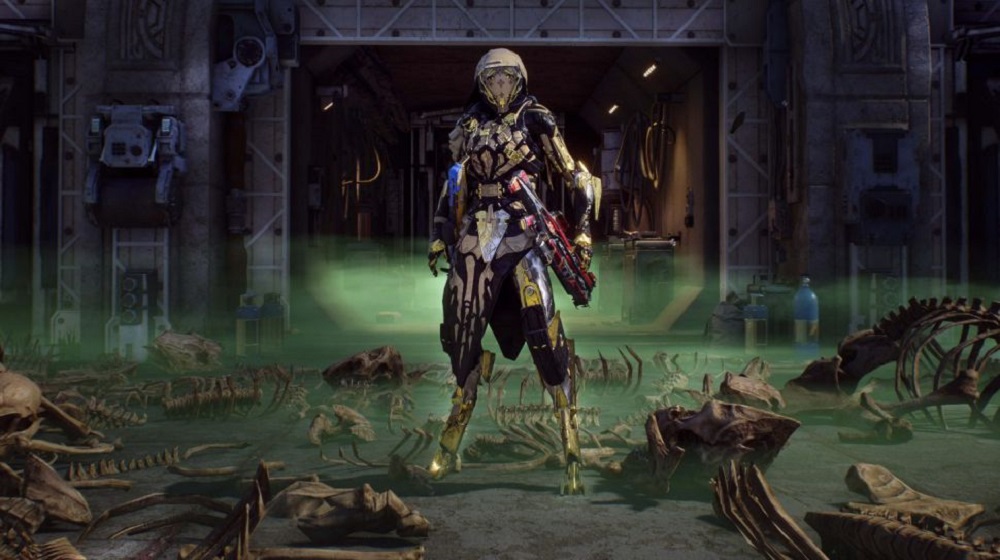 Electronic Arts’ beleaguered Anthem is one of many video games adding creepy content for the month of October, celebrating the witching season that is Halloween. The new event brings Cataclysm to a close and replaces it with the new “Season of Skulls” event.

Already available in BioWare’s sci-fi shooter, Season of Skulls brings a selection of ominous-looking arenas, complete with creepy rewards and unlocks for players who are able to deal with new enemies such as the none-too-pleasant sounding “Ghostly Spiders.” Freeplay mode has also received a seasonal overhaul, with a thick mist descending over the map and a range of new Anomalies to be discovered and explored. Weekly bosses await hardened Javelins.

Engaging with any of the above modes will offer the player the opportunity to bag a lot of crystals, thanks to some time-limited score multipliers. These can then be used to purchase War Chests at the in-game store. Your chance of earning decent clobber is also increased, as Legendary rewards have received a boost in their drop rate. Alongside the new content, Anthem has also received a round of balance tweaks and bug fixes. You can find the patch notes, along with all Season of Skulls information, over at the official website.

Everything you need to know: Season of Skulls [Official]