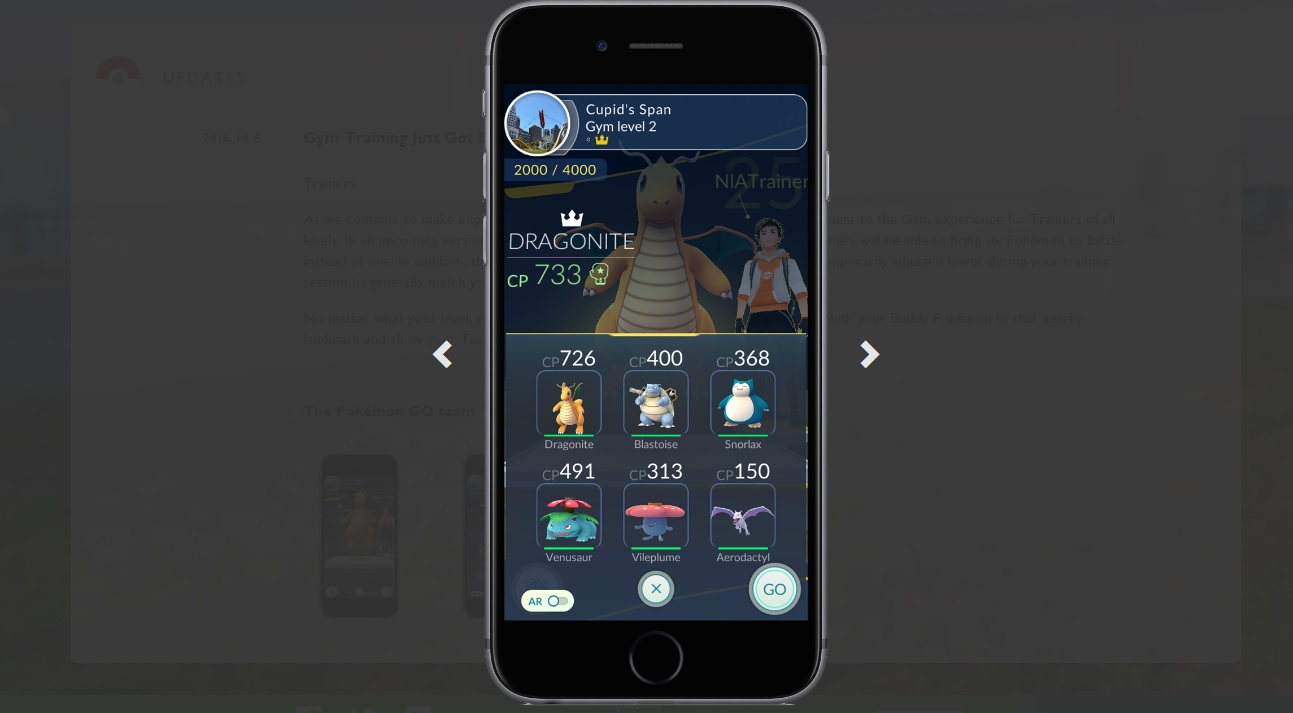 Slowly but surely, Pokemon Go is getting features. They might not be good ones, but they’re a start. This one that deals with gyms however, is definitely good.

Niantic has revealed that an upcoming patch will specifically alter the way gyms work in the game, which is a two-fold process. Firstly, you can bring six Pokemon (instead of the weird solo requirement) into a training fight to help boost up your gym level. But the real kicker? The game will employ a level scaling system so that even if you’re going into a hardcore 2000+ led gym as a casual player, you can still train with your lesser Pokemon.

There’s no timeline for this change (much like anything Go related), but it’s another great change that should have been in the original game. I’ve noticed a lot of casual players have been put off by how hard folks have been gaming the system non-stop, so this should usher some of them back into the fold.