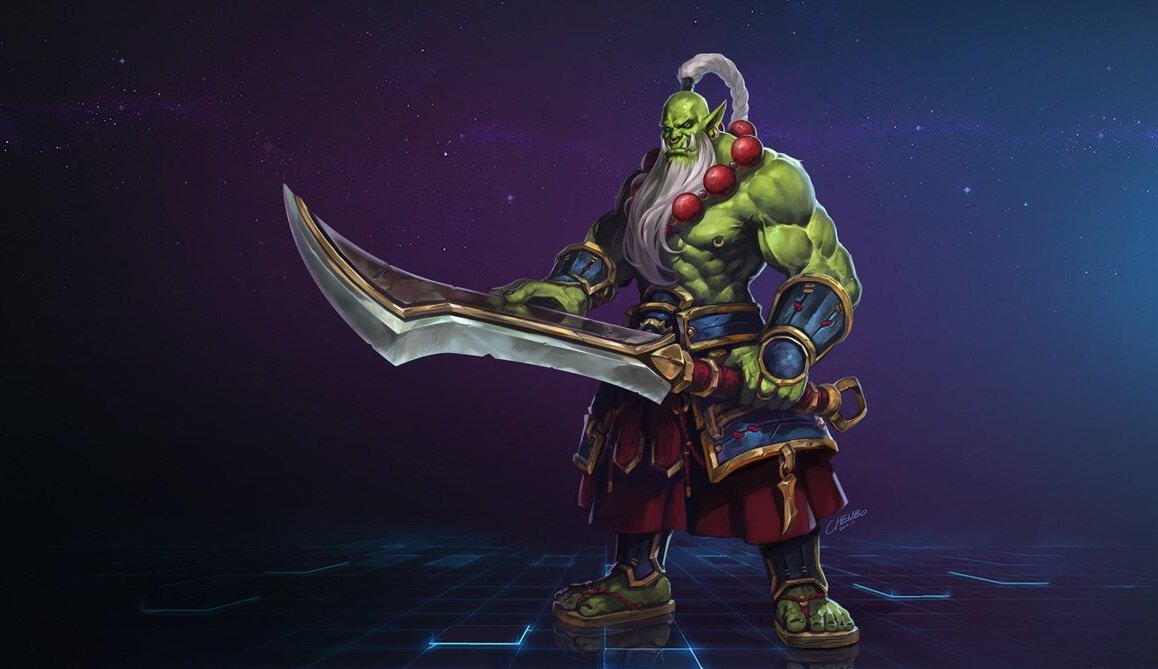 I know people complain that Heroes of the Storm has too many Warcraft characters, but I can’t get enough orcs, man — bring them all in, I say! Today, Blizzard has announced the newest kid (old man) on the block — Samuro, the Blademaster, a veteran hero from Warcraft III. For those who are keeping count, every archetype from the four factions of WCIII is accounted for at this point outside of the Shadow Hunter (or any Troll, really), Lich, Dread Lord, and Warden.

His kit involves a heavy focus on hero killing (like Alarak), as his passive allows him to increase his movement speed by 25% for two seconds after hitting a hero — he’ll be great for chasing down people. His other abilities include creating clones, queuing up critical strikes, wind walking (stealth), and a whirlwind/clone-based heroic.

He doesn’t sound enticing on paper, but neither did Alarak. I’m jazzed to be able to try him out in the near future and see how he stacks up. It’s just a bummer he couldn’t have made his way into the Nexus after a few more supports, which is a role Blizzard doesn’t really seem to know what to do with at the moment.

Samuro [Heroes of the Storm]