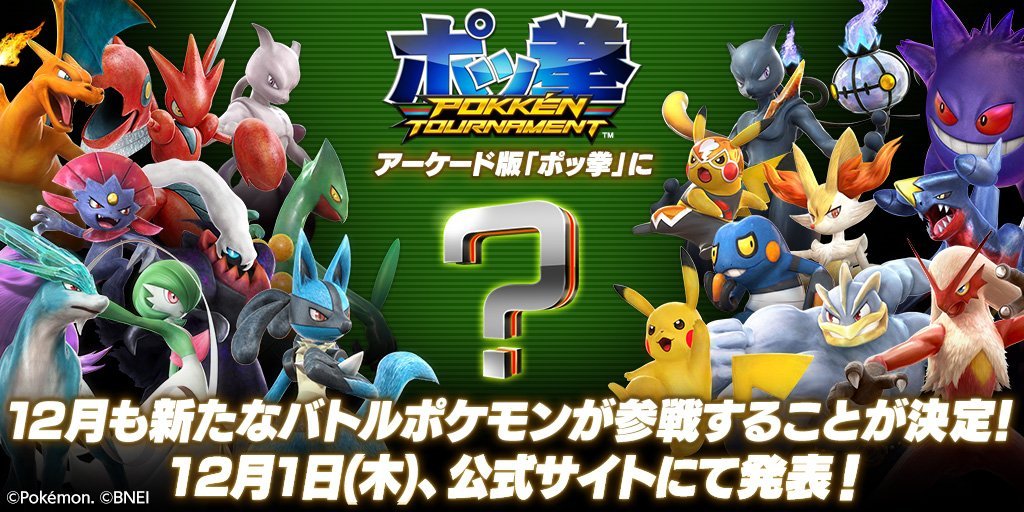 Pokken Tournament can’t stop, won’t stop! At least in arcades, where it’s getting tons of new DLC in the form of extra fighters. Wii U isn’t getting anything just yet, while we wait for more information, or a potential Switch port.

As per the official Twitter account, Bandai Namco has announced that they’ll reveal yet another character on December 1 — which, like the past, will probably include lots of footage by way of a livestream event.

All signs point to Empoleon, the final evolution of the penguin Piplup. It’s been rumored for weeks due to a datamine effort that uncovered all the other reveals, and I hope it’s right! A Water/Steel type would be a cool addition.