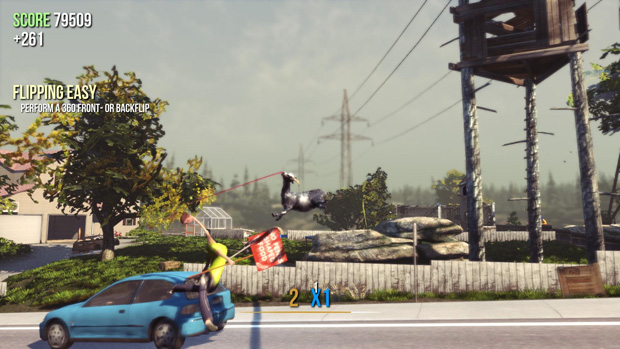 The more Goat Simulator, the better

Fans have been asking Coffee Stain Studios for Goat Simulator DLC and I can see why: what’s there is tremendously funny, goofy stuff but there isn’t a ton of it. We’re in luck. The studio doesn’t want to “charge for new content” so it’ll have a free patch for us in mid-May.

Patch 1.1 introduces another playable map that’s “roughly the size of the original map,” local splitscreen multiplayer, more achievements, and new goats, to name a few of the additions.

Mods have helped extend the life of Goat Simulator but they’re not all going to meet expectations set by the core game. Another map from Coffee Stain is exactly what I wanted.