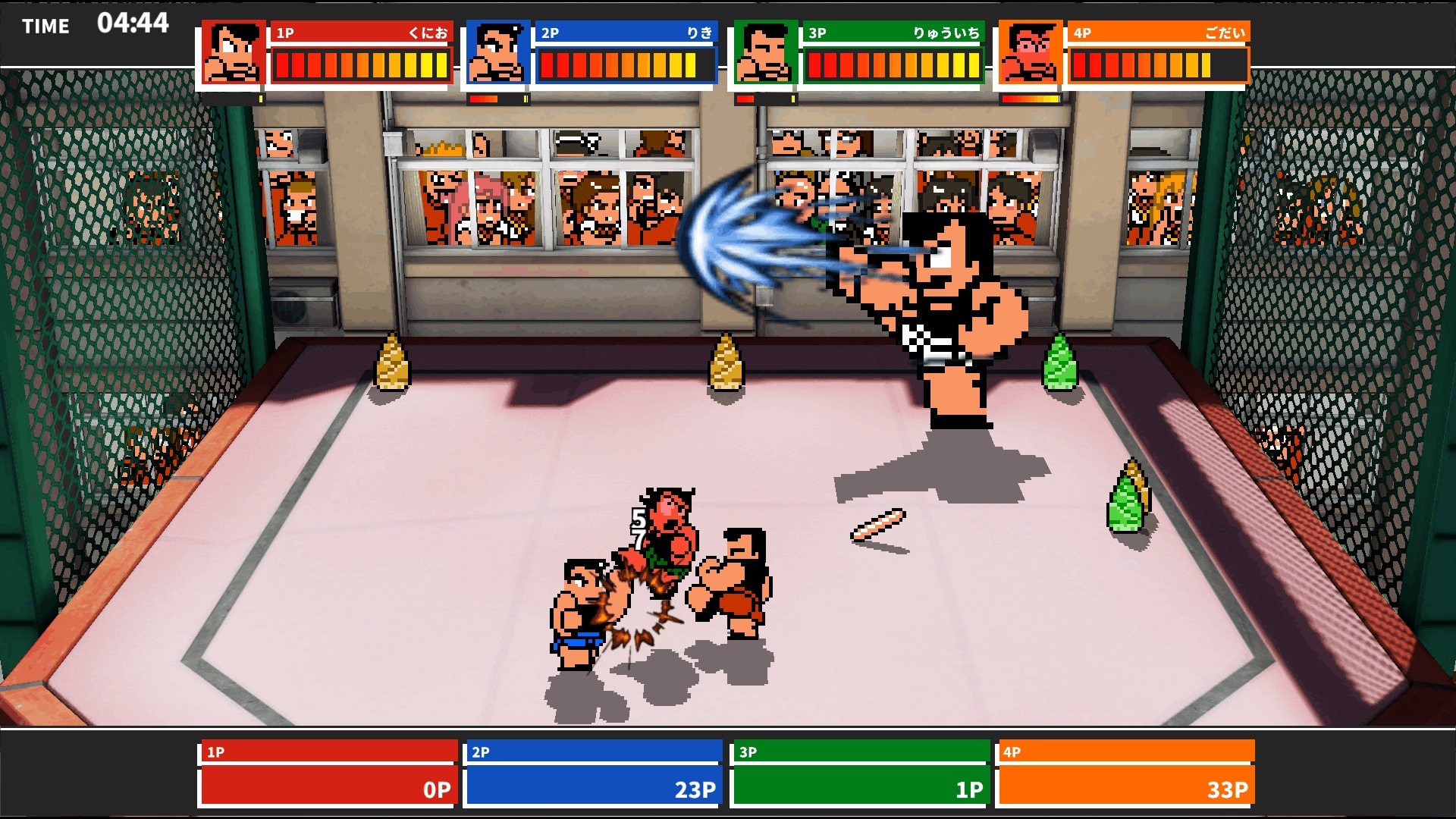 The Kunio-kun (often referred to as River City in the west) series just won’t die and I couldn’t be happier. I fondly remember being introduced to this series by way of Super Dodge Ball several decades ago and never looking back.

So yeah, we’re getting more Kunio-kun in the form of  Downtown Rantou Koushinkyoku Mach!!, which is actually a new edition of 2016’s River City Melee: Battle Royal Special (PC/PS4), itself a version of 2015’s River City Super Sports Challenge: All Stars Special (PC/PS3).

The gist is that it’s still the same arena brawler concept, but with new items and modes in addition to a create-a-character/team mechanic. We don’t know when Downtown is coming exactly, but it’s safe to say that a 2019 release is in the cards.