As part of a patch, not the expansion

Even if you’re planning to pass on The Old Hunters expansion for Bloodborne later this month, there will still be a reason to revisit Yharnam. From Software is preparing a free patch that will introduce another covenant, The League, and more co-op NPC hunters, among other unnamed things.

The new faction is led by a man with a bucket for a helmet. Do you like his cane? It’s yours!

SCE Japan Studio producer Masaaki Yamagiwa describes The League as “a band of Hunters who have taken an oath and are bound by a single purpose.” You can join the group to “assist other players online in the game and compete in The League’s online rankings leaderboard.”

Sony also showed one of the new weapons from The Old Hunters today. 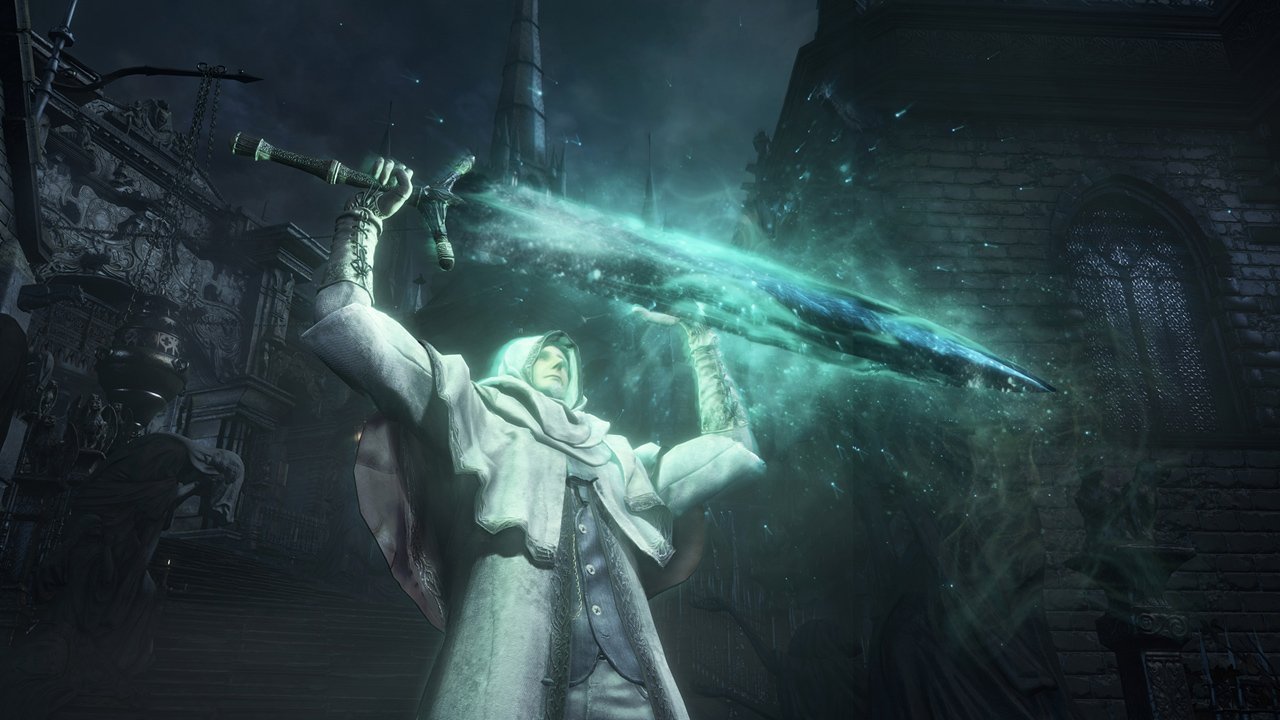 It’s called the Holy Moonlight Sword, and I need it.

Also, remember how European Bloodborne players who earned the platinum trophy were rewarded with an exclusive PlayStation 4 theme? North American players are next. If you qualify, expect to receive a voucher code “in the very near future.” Those Chalice Dungeon bosses were no joke.