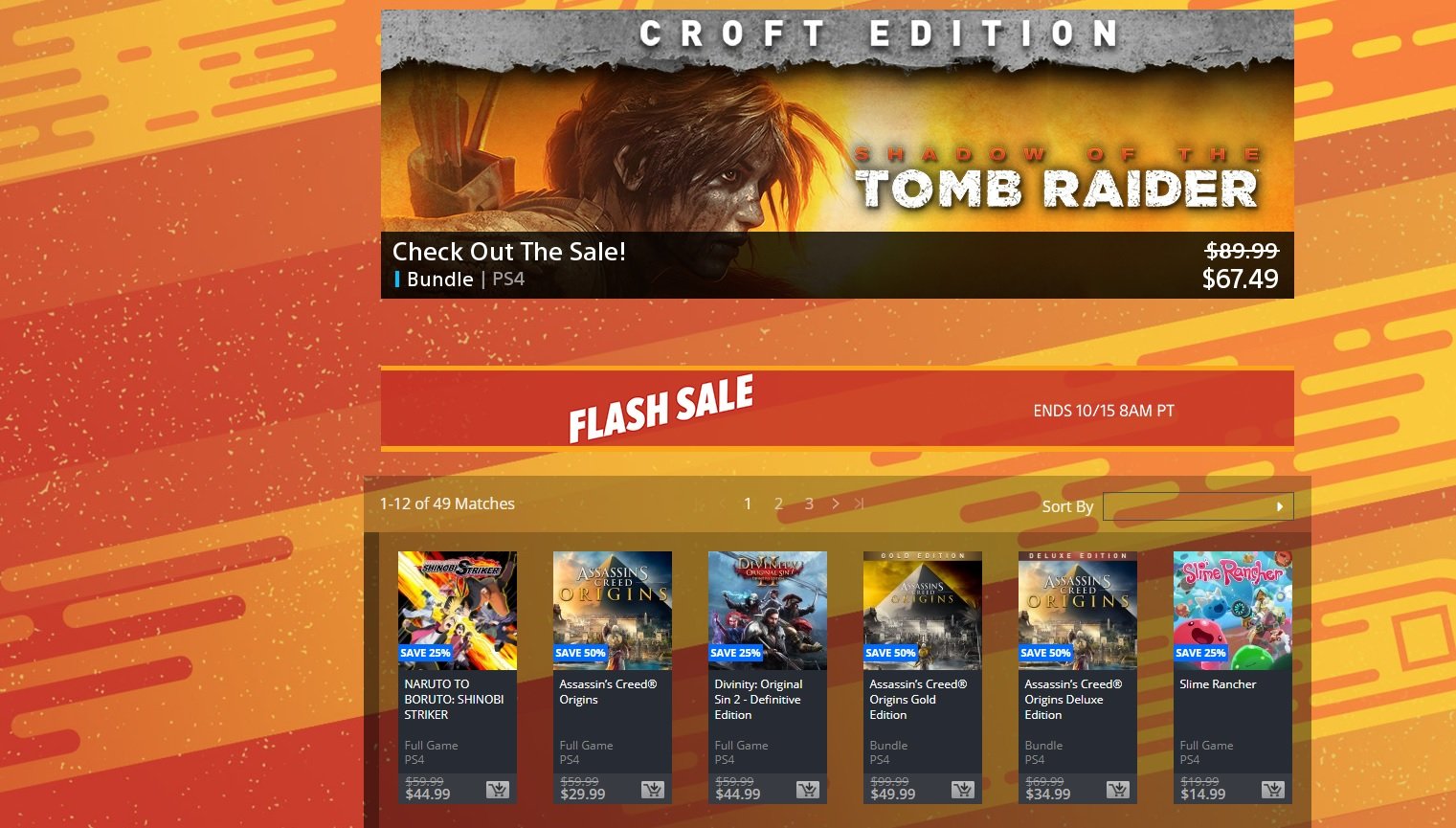 Shadow of the Tomb Raider, for one

So Sony just popped in with another one of their several-day flash sales, which is live right now until October 15 at 11AM ET.

The most obvious big ticket item here is the deluxe version (read: season pass-led) version of Shadow of The Tomb Raider, down to $67 from $90 — or down to $45 from $60 for the standard edition. Other usual suspects like Far Cry 5 (which has been in practically every flash sale since it launched) are a part of it, as is Fighting EX Layer, the Mega Man X Legacy collections, Assassin’s Creed Origins (read, the Egyptian one before the recent Odyssey), The Crew 2, both South Park games (Stick and Fractured), and Yakuza Kiwami 2.

We have reviews for all of these! There’s 49 titles on sale in all: and I use that word liberally as several (like Tomb Raider) double-up spots with various editions and SKUs.