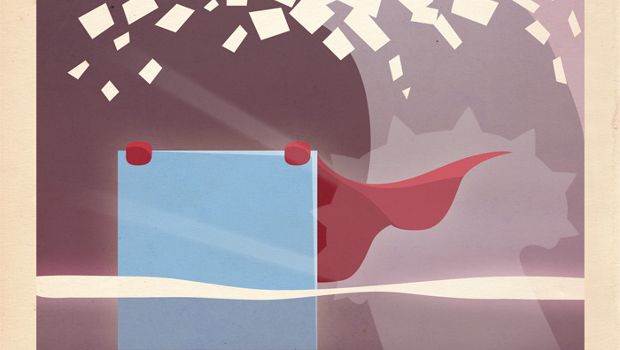 Tamara “Cowkitty” Gray Smith made some noise last week about her artwork being used by video blogger Feminist Frequency without her permission. It turns out this wasn’t an entirely unique situation. Artist Heather “Dinobot” Sheppard (Harry Potter and the Deathly Hallows, The Chase) was in a similar position not that long ago. She had created an image of Claire from Thomas Was Alone, gained permission from the game’s creator to sell it, and put it up on Redbubble for purchase. The image was later used in one of Feminist Frequency’s videos without Heather’s knowledge or permission. Her full explanation of what happened, her thoughts on “fair use” and more can be found below.

Like Tamara, Heather is “…staunchly against bullying” and “does not want to add to that pressure on Anita.” by encouraging hostile lambasting. Her goal in offering Destructoid comment on this situation is “…to stick up for artists rights, not launch an attack.” I think that’s her way of asking “please don’t turn this into a huge sh*tstorm about Anita Sarkeesian being the actual devil because she’s made some mistakes before.”

We’ll see how many of you choose to meet that request in the comments.

“I would like to state that I do not want to attack Anita Sarkeesian, and I do not want to fuel the hate machine that’s directed at her. Bullying someone because you don’t agree with their opinion is puerile. If you want to respond to someone’s opinion, then please take a leaf from the lovely KiteTale’s book, and produce a well thought-out and intelligent response

“What I have a problem with, is the use of ‘fair usage’ as an argument for using an artists work without permission. While ‘Fair Usage’ is a valid argument for using images of a well-recognised brand to illustrate a point, using a little-known artist’s work is a prime example of the False-equivalence of fair usage, whether that art is fan art or not. A viewer might know what the artwork is referencing – but they don’t know who CREATED the artwork. That image might have over a million views – if it’s not credited properly, it means absolutely nothing for that artist. It’s not “exposure”. Its exploitation. By not contacting that artist first and asking permission to use that image, you are not giving them the opportunity to give you (for example) the correct web address for their website.

“‘Fair Usage’ is a US-only Doctrine. It certainly does not apply to artists in the UK (my home country). I think the UK Copyright Service (UKCS) states it correctly, particularly on the last line–Copyright and the Internet Material that can be found on the Internet will of course also be subject to copyright. There are a number of licensing schemes that are popular with online publication and allow some free (normally non-commercial) use, the most notable being GPL and Creative Commons. If you are making/distributing copies of work that you find on the Internet you should check that the licence for the work (or instructions on the site) allow this and that the site you obtained the work from is itself acting legally. If there is no such licence, do not use the work until you have the permission of the copyright owner.

“In the case of Anita Sarkeesian using my work without permission, she first (allegedly) credited me on the fast scrolling credits, which I personally could not read. When I first asked her to remove the image, she refused, and instead credited me in the video’s description, to an old web account I had not used for quite a while. After a few more emails, to her credit, she replaced that link with a link to my actual website, but by then, it was a bit too late.

“I created the Superclaire poster to celebrate Mike Bithell’s success with Thomas Was Alone. My Partner was a colleague of Mike’s, previous to his move to full-time Indie development, and we watched TWA go from this cool little prototype game, to this wonderfully narrative story about quadrangles with so much character and personality that I didn’t think squares and rectangles were capable of. If you’ve ever met Mike, you’ll realise that he’s a genuinely nice guy – if anyone is deserving of Indie success, it’s him. I just wanted to make something for a friend to show how much I liked his creation.

“Mike then gave me permission to sell the Superclaire image on Redbubble, after several people asked both of us, whether it was available as a poster. To this date, I’ve made £4.12 on it, and that is mostly after I replied to Destructoid’s twitter account. I have seen so many people ask for it as a poster and t-shirt – and no-one seems to know that it’s available as one. To Mike’s absolute credit, he’s helped promote it on Twitter, but it won’t have received anywhere near as many views as it did on Anita Sarkeesian’s video.

“All I ask is this; If you want to use an illustration in your video/website/blog etc – ask for the artist’s permission first. They can give you an appropriately sized copy, along with a set of links and will most likely be more than happy to promote your video/website/blog in return. If the artist says ‘no’, then there’s probably a very good reason for that, and you should respect that. If you can’t find the original artist, try dragging and dropping the image into google image search – most likely, you will find them there. This is also a great way to see if anyone has stolen your work!”