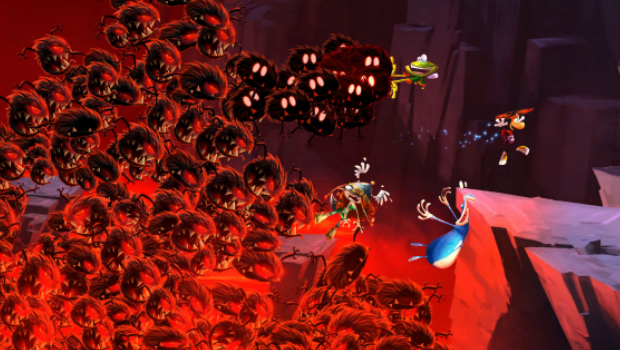 Takes to forum to argue his studio’s case

[Update: Anonymous no more! It appears that this comment comes from Xavier Piox, the Ubisoft managing director who recently said that “gaming is no longer just for geeks.” Errr… guess not. It’s just a random dev who left the team at the end of January following completion of the project.]

Rayman Legends coming to Xbox 360 and PS3 is good news, but Ubisoft didn’t get the praise it hoped for when it revealed a multiplatform release was coming at the expense of the Wii U’s release date. Gamers were livid over the new September date, and many called for a boycott.

The trouble with boycotts is, however, they rarely ever punish the publisher. The developer, who has no say over when the game releases, is the one for the chopping block should Legends fail, while Ubisoft writes off the series and entrenches itself further in content guaranteed to sell. It’s often hard to remember the studios when we go after the companies they’re beholden to.

One anonymous Rayman Legends developer hoped to bring that perspective to the discussion, and took to a Spanish message board to vent frustration over Ubisoft’s decision and remind us it wasn’t the studio’s idea. The post was translated by NeoGAF for the English-speaking world. If you think you’re mad, he says, imagine how those who worked on it feel.

“I completely understand you but you have to understand one thing,” the mystery developer said. “This is not a decision taken by the development team, this comes from really really high up, so please don’t pick on the game.

“If you’re pissed, imagine how we feel. Think on the situation, we’ve been making overtime with this game practically since May preparing E3, and then almost a demo per month (gamescon, Wii U presentation, shops, eShop, etc…) and at the same time trying to actually finish the game. We had a first delay because it was obvious we couldn’t finish on time but we gave it all to be there on February. What face do you think we had when the week we had to close the game we’re being told it’s not going to be released? I couldn’t believe it.”

For gamers, the delay means seven months of impatient waiting. For the developer, it was argued, it’s amounted to lost effort and wasted misery.

“For practical matters, you’ll have to wait for some months for the game to be released and will most likely serve for more content to be added and do it better. For us, this means we’ve spent six months barely seeing our wives, kids, and friends for nothing because, after all, such a haste wasn’t needed. Believe it, it was a hell to swallow these news.

“Even then I’m firm in what I said back in the day, Rayman Legends is an excellent game and will still be, and the team that’s making it doesn’t deserve to have your back turned on them just because some men in ties one day took a wrong choice. This industry is really that shitty.”

There’s always a chance this comment was just some random schmoe playing pretend, but if so, it does a heck of a convincing job. Fact remains, what this chap’s saying is totally true. As I’ve argued in the past, a straight-up boycott is rarely successful in the games industry, and ends up hurting the wrong people in most cases.

The customer has a right to vote with his or her wallet, and when doing so enacts positive changes in the market, it’s a glorious thing. In this instance, however, I’d suggest refusing to buy a game you want to play because it’s been delayed is not only a case of cutting your nose off to spite your face, but of slicing into the face of developers who are likely way more upset over the delay than you are.