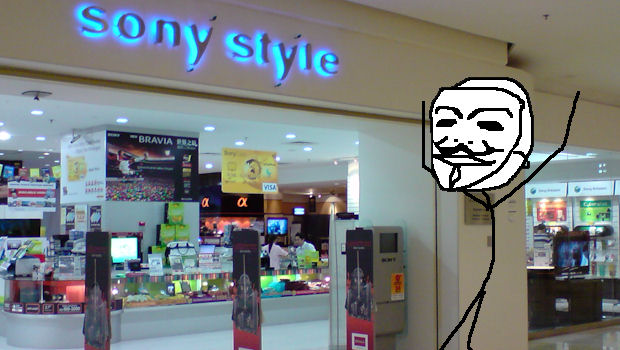 Anonymous, apparently unhappy with Sony and Geohot’s out-of-court settlement, pledged to spread disruption around the world, protesting at Sony stores and unleashing the “biggest attack” Sony ever witnessed.

Unfortunately for Anonymous, that appears to have not happened.

The group’s planning page on Facebook reports that attendance at Sony Center gatherings were low. Although a few UK stores allegedly closed on the 16th to avoid Anonymous’ wrath, it’s said that few, if any, Anonymous protesters ever showed up to cause trouble.

Anonymous has promised to continue the protests, but it would appear that the Geohot settlement has taken the wind out of the sails of many would-be demonstrators. One can imagine that the cause feels a lot less justified than, say, screwing with the Phelps clan or Scientologists.

Now that Geohot’s sitting pretty, taking a unifying moral stand has become significantly tougher. It seems many of those in possession of Guy Fawkes masks feel there’s no stand worth taking.