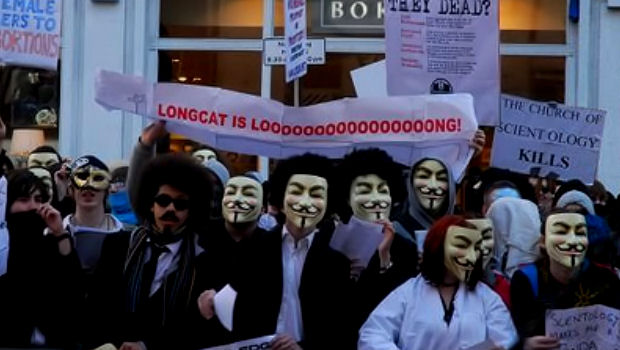 Sony has acknowledged that the PlayStation Network may have come under fire from an outside source, lending credence to the claim that the Internet’s premier impersonal army, Anonymous, has been making good on its promise of trouble.

However, as Sony investigates the issue, Anonymous has demonstrated that it understands PR, having ceases its assault on the PlayStation Network out of respect to PS3 users who just want to play some videogames.

“Anonymous is not attacking the PSN at this time,” stated the group. “… We realize that targeting the PSN is not a good idea. We have therefore temporarily suspended our action, until a method is found that will not severely impact Sony customers.

“Anonymous is on your side, standing up for your rights. We are not aiming to attack customers of Sony. This attack is aimed solely at Sony, and we will try our best to not affect the gamers, as this would defeat the purpose of our actions. If we did inconvenience users, please know that this was not our goal.”

The group’s war on Sony is a response to its ongoing civil suit against hackers Geohot and Graf_Chokolo.