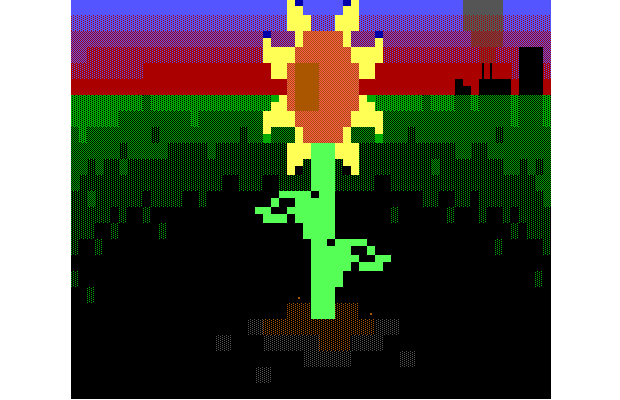 It gets a little easier everyday for people to make videogames. Computers are getting cheaper, development tools are more accessible, and more and more rags to riches game development stories are making the headlines. All that has resulted in the collective feeling that we finally live in a world where playing and developing videogames is, finally, really, honestly, and truly for everyone.

That feeling that everyone has a chance and that everyone is included is a wonderful and very lucrative illusion, not unique to gaming. It’s the same narrative that keeps people watching American Idol, gets people involved in Youtube “culture”, and keeps people fascinated with the whole “indie game scene” idea, something that Sony, Kickstarter, and other big names are trying hard to capitalize on.

The reality is, there is no “scene”, just a series of sometimes overlapping circles that contain groups of people who want to make videogames. Sometimes those circles overlap with each other. Sometimes they don’t. Regardless, most of these developers never see anything that could be defined as “success”, largely because of the multiple barriers blocking them from getting their games made and distributed. Some of those barriers are tied to larger economic and cultural issues. Others are intentionally manufactured specifically to make the lives of developers even more trying. You’ve heard the term “artificial difficulty” applied to games that add damage sponge enemies or limited checkpoints to make things hard-for-hard’s sake? Imagine that, but applied to your life.

Anna Anthropy can speak to all of these types of barriers from experience. She’s also got some plans to help break them down, and a few choice words for those who helped build them in the first place. Her talk starts at around the 6 minute mark, and is worth the listen for anyone who ever cared about that “videogames are for everyone” fairy tale ever coming true.