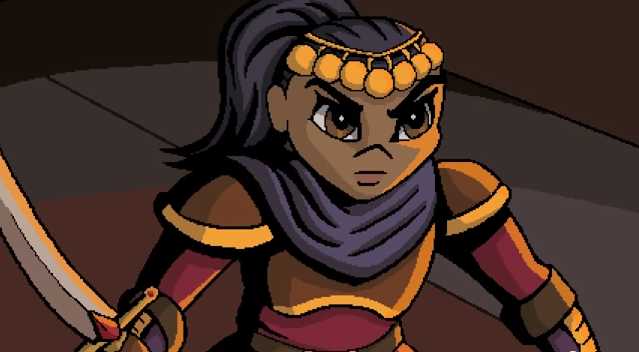 I don’t think I’ll ever stop being amazed with how upset people get about Anita Sarkeesian. She’s so darn mild! Jiminy Christmas you guys, she is like the mildest person ever. I can understand why some disagree with her or feel like she could be doing a better job, but when people actively feel the need to discredit and destroy her, I feel so puzzled. It’s like wanting to actively discredit and destroy oatmeal. It’s just oats and water. It may be pretty successful, and it might make other foods look bad sometimes, but its nothing worth getting riled about.

Take this video for example. I showed it to a Sarkeesian-hating friend of mine, without letting them know who made it. They thought it was a pretty cute idea for a game – “Looks kind of like Shantae crossed with Shiek. It’d play it”. Then I told them it was Sarkeesian’s idea, and they felt the need to watch the video again, scouring for flaws and hypocrisy. Once they found out that there was oatmeal in their cookie, it didn’t taste as good to them anymore.

How about you? Does this idea for a videogame make you feel feelings? Are those feelings at all inspired by knowing where the idea came from?