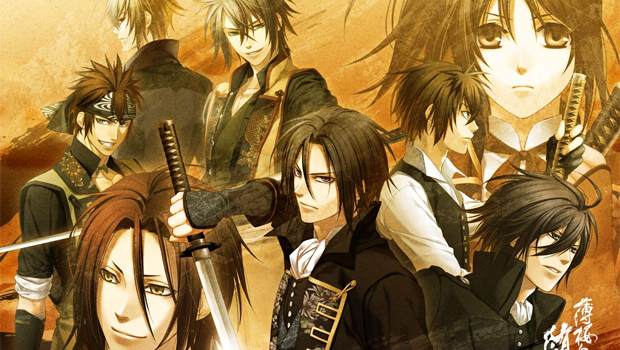 So do you like hot guys? Well Aksys Games is hoping a few of you do. Not afraid to let the PSP die in North America Aksys Games announced two new titles for the ill-fated handheld at their “Publish Hard with a Vengeance” Anime Expo panel.

Hakuoki Demon of the Fleeting Blossom is set to serve up a steaming batch of androgynous men for anyone looking for a little Otome (not to be confused with Yaoi) action sometime in early 2012. While no actual gameplay was shown of Hakuoki, Aksys described the game as a cross between their sleeper-hit of last year999: Nine Hours, Nine Persons, Nine Doors, and a dating-sim set in the late shogunate period of Japan.

Fate/Extra, their other PSP title, looks to make both anime and JRPG fans happy later this year. Based off the popular anime Fate/Extra will allow players the choice of creating either a male or female protagonist when starting this dungeon crawl. Accompanying them on their journey, similar to the anime, one of three; Saber, Archer and Caster class servants (kind of like human Pokemon) offer up the usual RPG tropes during combat.

Both titles will receive the premium upgrade when they launch respectively at retail. Unfortunately no details were provided on the contents of the package, but one thing is for sure – don’t count on a Saber pack in figure for Fate/Extra.