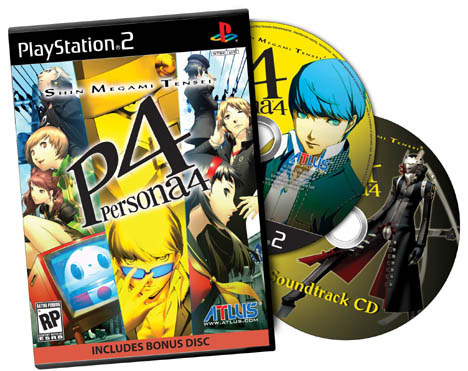 On Saturday, in the West Hall of the Los Angeles Convention Center, Atlus managed to pack a large room to capacity. More than 500 Atlus fans squeezed in to attend the Shin Megami Tensei: Behind the Scenes panel at Anime Expo 2008. And, of course, Persona 3 cosplayers were among those in the crowd. You should have seen this one Mitsuru cosplayer!

On stage, Atlus Senior Project Manager Yu Namba and Editor Nich Maragos joined series voice actors Yuri Lowenthal and Karen Strassman to talk about the history of the popular, long-running Shin Megami Tensei franchise. Destructoid was in attendance to bring you highlights from this event.

Yu Namba knows his SMT. He has worked on Persona 2: Eternal Punishment, Digital Devil Saga 1 and 2, Nocturne, and Persona 3. Now he’s the Senior Project Manager of the series, and he knows just about everything you’d want to know about its games. Editor Nich Maragos made dialogue magic on Devil Summoner and Persona 3, and also acts as the project manager on the Etrain Odyssey series. Veteran voice actors Karen Strassman and Yuri Lowenthal have both worked on countless games and anime, including several titles in the Shin Megami Tensei series.

Hit the jump for more on this event.

Namba said that Shin Megami Tensei’s first two games never came out in the US, but Shin Megami Tensei 3 did, as Nocturne. He also mentioned an Xbox title called Nine, which drew laughter from the audience. Namba filled the crowd in on the series background, noting that it started as a 3-D dungeon crawler with branching story paths. Now all of the games have shown a lack of distinction between good and evil, with more of a focus on law and order. They all have demonic references, and rely heavily on Judaeo Christian references. He joked that anyone who played Nocturne would definitely know that.

Namba then spoke a bit about the off-shoot series Devil Summoner, Majin Tensei, and the other various titles, like the Digital Devil Saga games. They mentioned more obscure titles, like the GameBoy Color title called Revelations: The Demon Slayer, a GameBoy Advance title called DemiKids, and a VirtualBoy title called Jack Brothers. Maijin Tensei came out in Japan some time in 1993 as a Super Famicom tactical role-playing game, and was never released in the US.

Next, the panel focused on the Persona series of games. Maragos said that their approach to the series has evolved over time. For the original Persona title, he says that the company was afraid that Americans may not be able to relate to the many Japanese references in the title, so they were changed. Namba noted that details like city names, character names, and even character portraits were changed. One character even changed from a Japanese person into an African-American. Since then, Atlus has pushed to keep Persona games as true to the original content as possible.

There was a debate over whether to bring over Persona 2: Innocent Sin or not, according to Namba. Again, Atlus was worried about how well Americans would accept the Japanese culture in this title. On top of this, references to Hitler, Nazism, and countless in-game Swastika images gave them pause. Namba also noted that Persona 2 was the first US SMT title with voice acting.

Atlus was “very confident” in Shin Megami Tensei 3, Nocturne, so they chose this as the debut for the series here in the US. Namba said that this was the first Atlus title with a “Mature” rating.

Namba made a confession about the first Digital Devil Saga game. In the opening cinematic, a in-game god was labeled Varna. During development, Namba did an “extensive search” on the internet to find what this god would be called in the Hindu religion, and decided on “Varna.” It turns out that the correct spelling was “Varuna,” but he said that he found that out too late in the game’s development, and had to leave it in.

For Devil Summoner: Raidou Kuzunoha vs. The Soulless Army, Maragos said that the story line revolved heavily around Japan in the early 1900’s. Atlus wanted to keep that feel of a changing traditional Japan, so they decided to keep the original Japanese names and references. Namba noted that this game contained no voice acting, but he said that he likens it to the feel of watching an old voiceless black and white film. Maragos said that they decided to use 1930’s American slang to emphasize the time period feeling.

In the development process for Persona 3, Namba said that they did their best to leave all of the original Japanese content intact. He says that the only things changed were minor items that “nobody here would have the slightest ideal about.”  Even then, Maragos notes that they managed to keep a surprising amount of detail intact, and referenced mentions of Japanese holidays in the game.

Once again, Yuri Lowenthal played the role of the main character in Persona 3. Players know that this character had no speaking lines, though the bulk of his work involved shouting out all of the persona names. Namba said that they were originally worried about how well this would go over, and were surprised to see that Lowenthal nailed the names easily. Lowenthal attributed this to his history of playing Dungeons & Dragons. Lowenthal also played the role of Ryoji in the game.

Karen Strassman played the role of Aigis in Persona 3 and Persona 3: FES. She talked about how she enjoyed playing a robotic character that desired to be human. Strassman also had to shout out all of the persona names for FES, so she used Yuri Lowenthal’s recordings as a reference.

As for changes in Persona 3, Maragos said that he had to rewrite the in-school test questions, as they were originally English quizzes in the Japanese version. Namba said that some of the characters were also changed. Mitsuru was an English speaker in the Japanese game, but she looked somewhat aristrocratic and French to Namba, so they changed her to someone of French origin. Lastly, for the in-game MMO references in Persona 3, Maya often made references to Shin Megami Tensei 1. This was changed to references to Persona for the US.

At the end of this panel, a video preview of Persona 4 was shown, and the new US release date was announced afterwards. They also handed each attendee a very limited edition Persona 4 shirt (pictured above).

[I had a chance to chat with Namba and Maragos about Persona 4 after this event, and several new details were revealed, so be sure to watch Destructoid’s front page for that story later.]