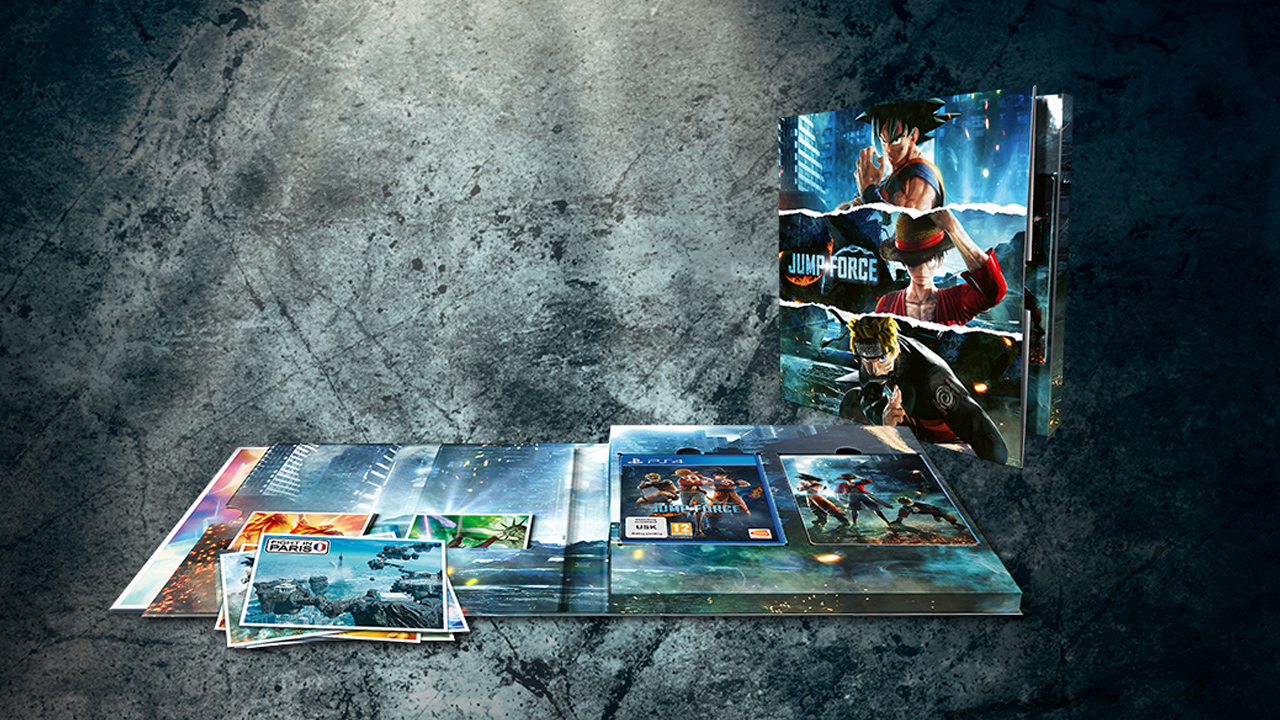 It includes the nine-character season pass

Directly following the reveals of Kenshin, Shishio, Piccolo and Cell, Bandai Namco has unveiled the existence of a special edition of the anime crossover-fest Jump Force. It’s a hardcover joint that includes a steelbook, three art boards, postcards and the full game plus the nine-character season pass. This version will be available for all three versions (PC, PS4, Xbox One).

There’s also a mega “collector’s edition”  up for pre-order now on Amazon, which will net you the same basic package with a diorama of Goku, Naruto and Luffy (from One Piece). That’ll run you $259.99.