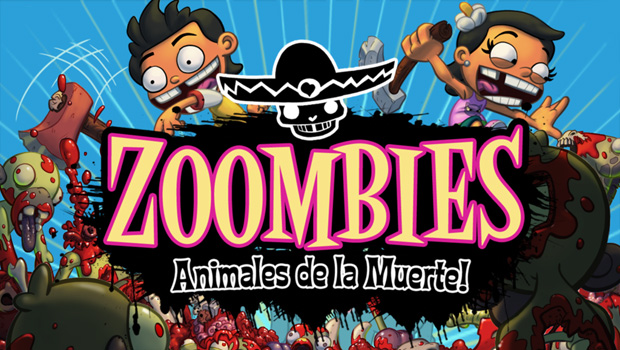 Remember High Voltage Software’s Animales de la Muerte? Originally one of the most promising-sounding titles for the then-new WiiWare service, it stewed in limbo for a few years before dropping WiiWare and becoming an XBLA / PSN game instead. Two more years went by and… nothing. Nothing until now, that is.

Good news: The game is not canceled and is set to launch in two weeks. Bad news: It’s no longer a console title but a mobile release. Worst news: It’s been completely overhauled to the point that it no longer resembles the original concept, and it’s been renamed Zoombies — Animales de la Muerte is the subtitle. It now looks more like Plants vs. Zombies, even if doesn’t necessarily play the same. The main characters can’t even move anymore!

It could be a good game, but I want to know what the hell happened. Anybody at HVS willing to share that story? In the meanwhile, Animales de… I’m sorry… Zoombies: Animales de la Muerte will arrive on iOS devices on April 18 with an Android version set to appear next month.