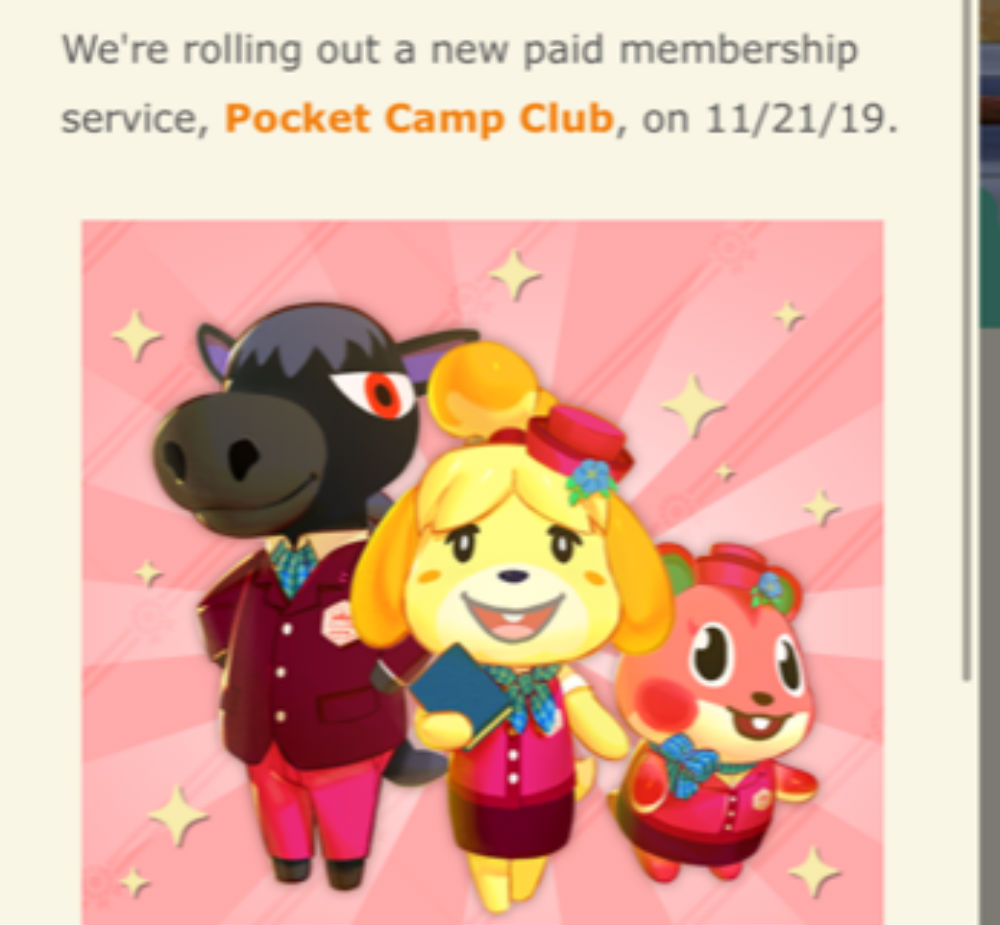 Under the guise of a ‘second anniversary celebration’

Look, I really dig that Nintendo is still doing their thing in the console and handheld space, giving us good old fashioned games that generally have tasteful DLC after the fact. Or complete standalone treasures! But I really can’t get down with their mobile strategy.

In addition to a huge push for gatcha gambling mechanics, the brazen monetization scheme for Mario Kart Tour, which includes gambling on top of limited-time FOMO content and a subscription option, is all just too much. Now the concept has crept into Animal Crossing: Pocket Camp; a cute game about making little creatures happy.

By way of an in-game news screen, Nintendo notes that the company is “celebrating” the second anniversary with something called the “Pocket Camp Club,” which will go live on November 21. Benefits include a “camp caretaker” mechanic for “extra help around the campsite,” for one plan. Another plan allows warehouse storage and gifts fortune cookies. More details are coming on November 20. Yep, there are two subscription plans in reality.

My disappointment is immeasurable and my day is ruined. Our own CJ Andriessen has summed up the history of this aimless app thus far: it’s worth a read!