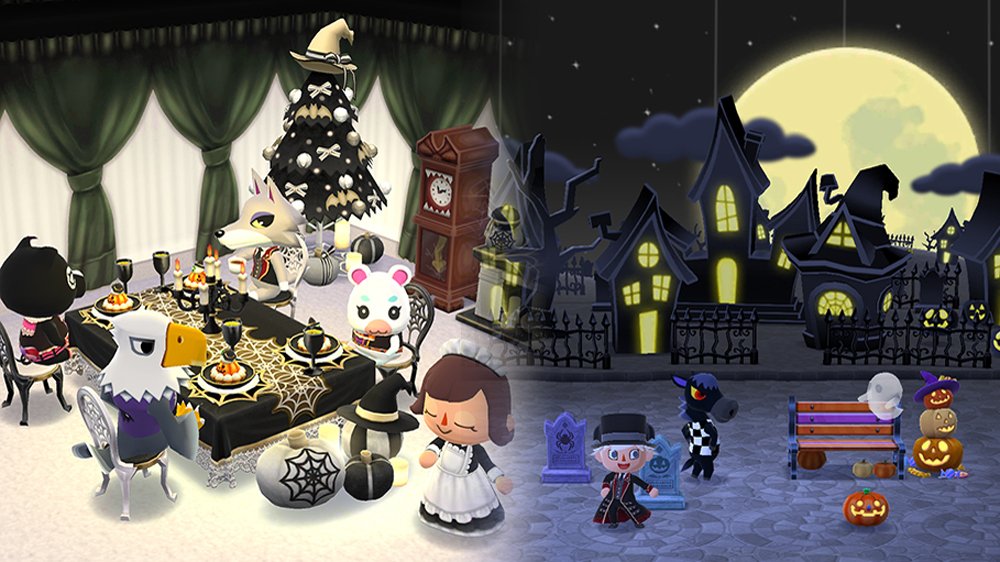 Will any of them make the jump to Switch?

After a blistering hot summer that extended well into the month of September, temperatures are starting to cool in my little town as autumn is finally rearing its head. Leaves on the trees in the park across the street are beginning to change colors, I can’t keep my window open at night unless I want to freeze, and pumpkin-spiced foods have started showing up in bulk at all the bakeries in town. Fall is here and for me, this year, it’s kind of a big deal.

I haven’t lived anywhere in quite some time that had the type of fall season they get on the east coast. Blame it on living in Southern California and the Bay Area for so long, but for many years, my only experience with trees changing colors came when I popped in my copy of whatever Animal Crossing game I had at the time. That was the only way I could enjoy the season. Revisiting my town around this time of year became a tradition, the perfect excuse for me to get back into the game, and just because I now live in a place where I’ll experience the very best — and worst — of every season doesn’t mean I’m going to give it up.

Unfortunately, the only Animal Crossing game I have access to right now is Pocket Camp on my phone, a game that has somehow escaped deletion even though I haven’t opened it in several months. Just five minutes in the app today reminded me of why I stopped playing, but it also highlighted why I kept at it for so very long: Animal Crossing: Pocket Camp has an astounding collection of decorations.

One of the great joys every time a new Animal Crossing game is released is discovering all the new pieces of furniture Nintendo has created for it. I always managed to find something new and interesting that becomes the focal point for a room in my house. Make no mistake: Nintendo likes to recycle content between games. There are furniture sets in Animal Crossing: New Leaf that are nearly identical to the sets that were introduced all the way back on the GameCube.

Take the “Boxing Theme” set, for instance. Eighteen years ago it consisted of 10 items including a weight bench, blue corner, and a judge’s bell. In every game since then, it’s consisted of those same damn 10 items and a wallpaper and carpet scheme that’s remained consistent as well. Another example is the “Space Theme” set that debuted with nine items on the GameCube. It expanded in Wild World by adding the moon and hasn’t changed since.

I understand that players may have a certain affinity toward decorations from the series past. Making a bedroom look like a pirate ship is neat. I actually make a point to reserve one room in every house I build for my Jingle collection. So I get why these pieces of furniture return with every new entry, but I don’t want every house to be a carbon copy of the last. New Leaf certainly upped the ante in terms of new decorations to work with, but honestly, its place as the standard-bearer for the franchise has been usurped by Animal Crossing: Pocket Camp.

When Nintendo introduced fortune cookies into Pocket Camp, it took what was a good little mobile slice of Animal Crossing and turned it into the gacha-monstrosity it is today. But it also gave the developers a chance to go nuts with the different types of items you can get in the game. Following it on Twitter and YouTube is an absolute delight because I get giddy every time a new fortune cookie collection drops. Not enough to play the game, but certainly enough to daydream about how I’d place those items in a room of my house.

Because it’s now October, there are several Halloween-themed events going on in the game right now. There is Jack’s Ghoulish Gala happening in the player’s garden, there’s a new fortune cookie set featuring Lucky and a spectacular haunted house, and this spooky-looking treat trolly featuring Rover. All of this is in addition to a new terrain that makes your campground look like something out of a high school production of The Nightmare Before Christmas.

That’s just what’s been added over the past week or so. Before that, the developers introduced an adorable fairy jar and tree stump hideout, a breathtaking clockwork telescope, and a goddamn tapdancing stage. Last December, I nearly wore myself out trying to get everything in the Camellia Cookie collection, just nabbing the final item in the set hours before the event was over. I tried it again not long after when Pocket Camp introduced items that could transform my cabin into an old-timey movie theater, but I couldn’t push myself to do it. I loved that set, but thinking about how much time I had to put into the game for the Camellia collection expedited my eventual distaste for it.

I may never open the Pocket Camp app again, but I hope some of the ideas and features in it find their way into Animal Crossing New Horizons. Not the gacha-mechanic, of course, but all of these interesting and creative items Nintendo has been making over the past year. With the Switch sequel’s heavy focus on outdoor decorations, I would absolutely love the opportunity to build a three-story pagoda in my town or have my own little stairway to heaven.

Some many great items have been added to this app, it arguably has it the most eclectic collection of furniture of any Animal Crossing game. As New Horizons continues to take shape, I can only hope Nintendo finds a way to implement all of these decorations into it. Because I’d hate to think something as wonderful as this grandiose bath will forever be stuck inside a game I can no longer stand to look at.