Animal Crossing: New Horizons has had the most successful launch on Nintendo Switch. Perhaps even the most successful launch in Nintendo’s history. In a time when people are losing their jobs, staying inside, and banking on a $1,200 check from the government, it has smashed sales records and become the most talked-about game on Twitter. If you were to tell me we’d all be mostly talking about Animal Crossing just days after Final Fantasy VII Remake released, I would have called you crazy.

But here we are, all in this journey together. Bunny Day is over, with the egg hunt overshadowing the cherry blossom event, and our first fishing tournament is complete. Now, we all sit and wait for Earth Day to arrive on April 22. But that’s not all we’re waiting for. Many of the staples of the Animal Crossing franchise have yet to show up in New Horizons. We knew the game was going to be a slow burn just based off the first few weeks with it, but I didn’t think so much would be held back. 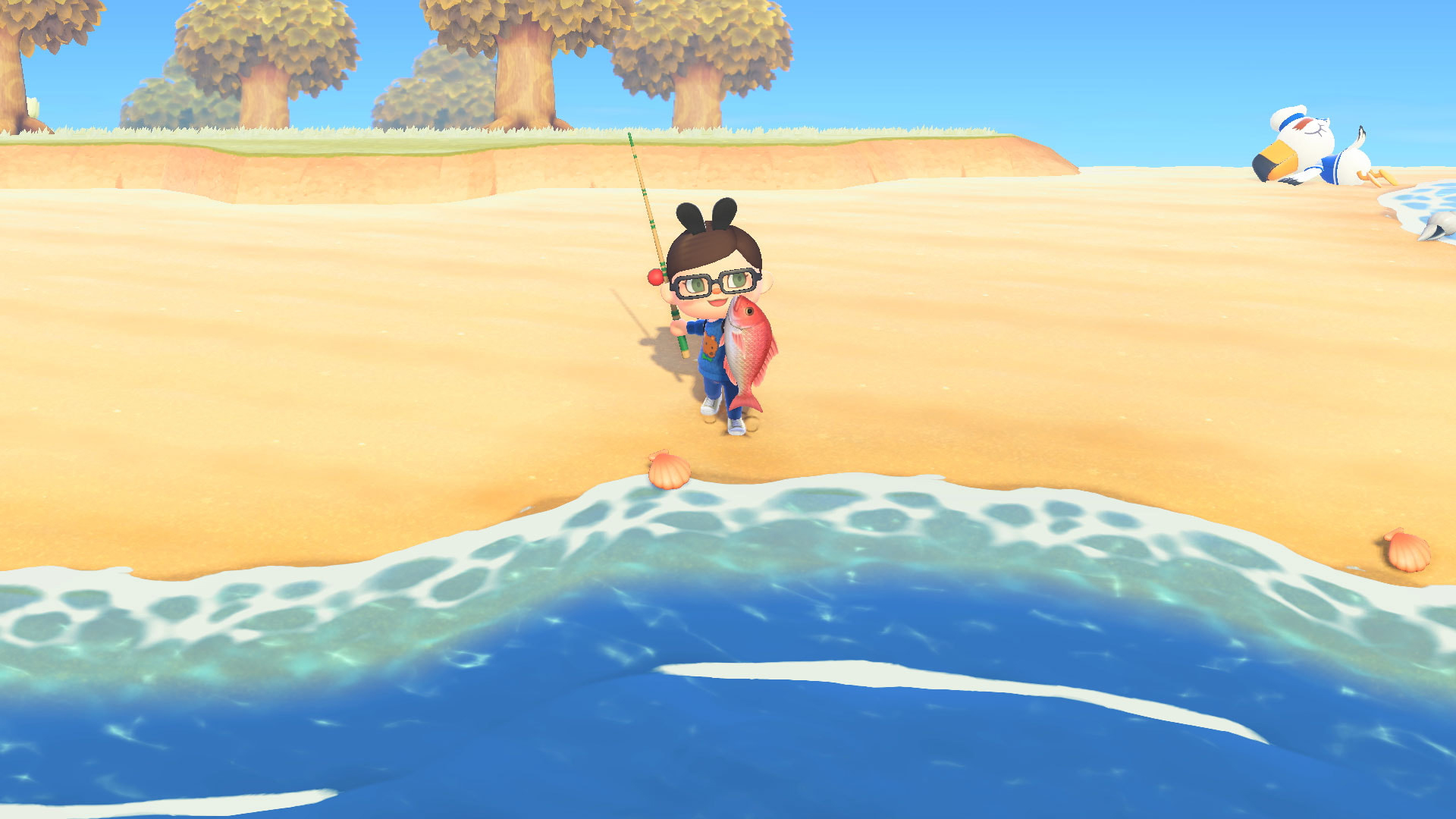 When Nintendo revealed that holidays would only arrive through updates, I should have questioned what other features would share the same fate. I didn’t, because holidays I could understand. Nintendo’s lack of trust in its audience warranted the move to avoid having every facet of the game plastered online within the first three weeks by people who mess with time travel. An overreaction perhaps, but given how quickly information about New Horizons has spread through Twitter, including the various ways you can game the economy, I don’t begrudge the decision.

But there are other franchise features that, as I approach 45 days with the game, I’m starting to miss. First and foremost, I miss my mornings spent at The Roost. Introduced back in Animal Crossing: Wild World, The Roost is a coffee shop that has also served as a performance space for K.K. Slider. In New Leaf, it was a public works project that offered a part-time job mini-game where you could serve coffee to residents and special visitors. It’s operated by Brewster — my absolute favorite Animal Crossing character — who has yet to make an appearance on my island. Recent villager chatter shared online may foreshadow his arrival, but there’s nothing official from Nintendo yet.

The same goes for Harriet the hairdresser and her Shampoodle shop. Will New Horizons even bother adding her as players can now change their looks at will? What about Katrina? The fortune-telling cat has been a staple of small-town life since the original Animal Crossing, but several weeks in she has yet to set up her crystal ball. Label visits my island every so often, but her former boss Gracie is MIA. Villagers are teaching me all the expressions I need to know, leaving me to wonder what will become of Dr. Shrunk. Or Copper. Or Kapp’n. Or Tortimer. Or Wendell. Or Phineas. Or Pascal. Or Redd. Or Leif. Or Lyle. 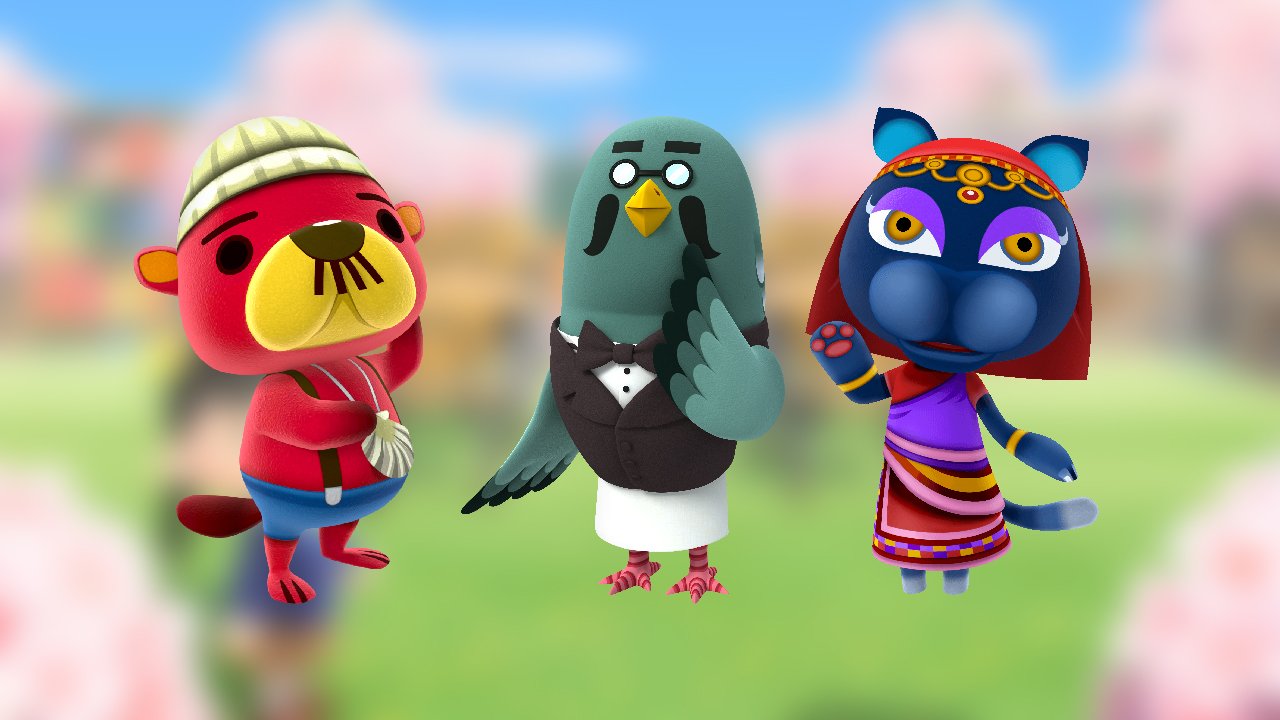 There’s always the chance these characters just won’t be in the game outside of scanning their amiibo cards at Harvey’s island. Or maybe they’ll be replaced by younger, hipper, or cuter versions. Characters like Joan, Chip, Nat, Pelly, and Phyllis are nowhere to be seen, but at least their functions still exist in the game right now. The same can’t be said for Brewster or Phineas.

It’s not just characters and holidays that are absent from the base product. For the life of me, I cannot recall a moment in New Horizons where a neighbor came to me with a request. No “deliver this package” or “visit my house.” They’ll run up to me with gifts and other junk, but not once have they asked me to sign a petition or bring them some fruit. [Update: As noted in the comments, requests are indeed in the game. Several hours after posting this story, I received my first requests from a villager and a visitor at my campsite.]

Perhaps what I miss most about past Animal Crossing games in New Horizons is the pointless, slice-of-life appeal of the series. In the GameCube original, there were random soccer balls around the town you could kick. In City Folk, you could pick up a pinwheel or bubble wand from Phineas in the city square. None of those activities served a particular purpose, they were just fun. There are certainly similar elements here, particularly in the actions of your neighbors, but I long for the day when instead of showing me an expression or giving me a recipe, a villager asks me if I want to play Hide-and-Seek. 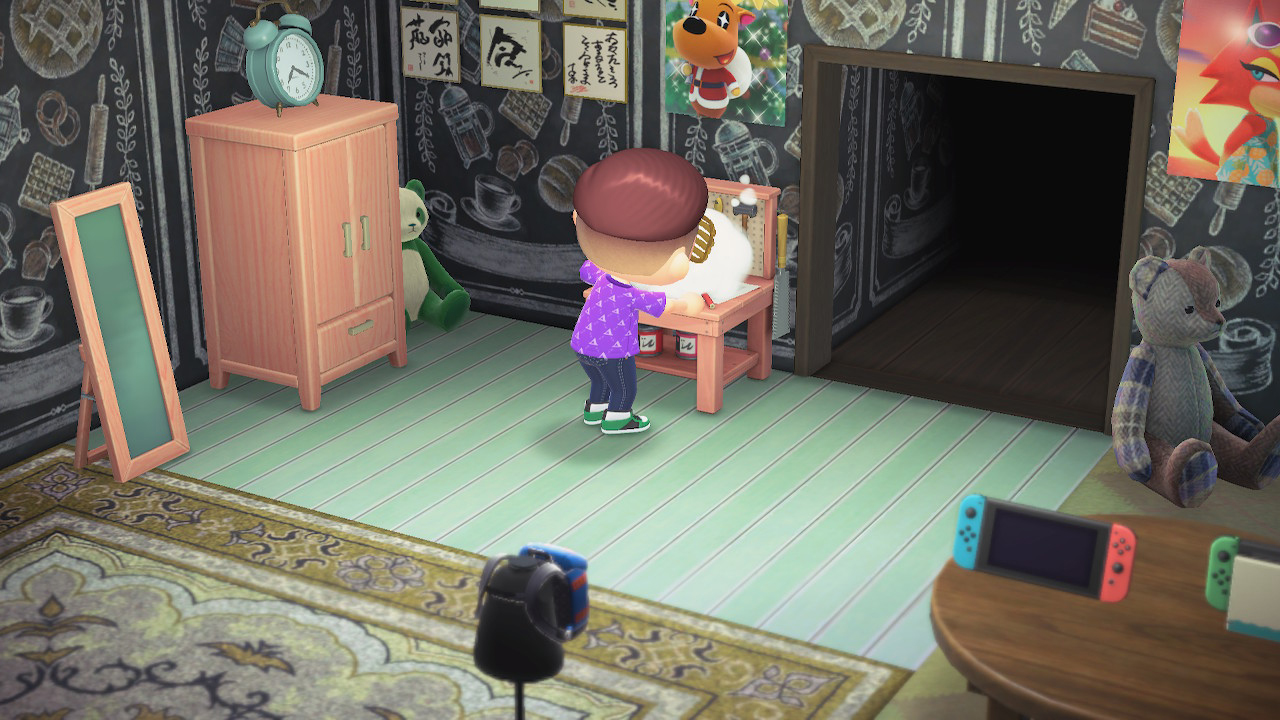 I understand how I experienced Animal Crossing in the past isn’t necessarily indicative of how I’ll experience it this time around. Nintendo seems keen on keeping this game installed on Switch consoles for as long as possible, which is why it’s doling out some of its content through updates. But the lack of these features has robbed me of my routine, the basic actions I’d take each time I booted up a prior game. I’d start with a cup of coffee from Brewster, then look for fossils, see what’s for sale at the shops, run some errands for my neighbors, and cap it off with a little fishing or bug-catching.

Lacking some of those features, I’ve had to adjust to a new routine, one that’s a bit more grating. While I applaud the inclusion of the crafting system, it’s clear from daily play that some major quality-of-life improvements are necessitated if I’m going to be spending so much of my time flipping through recipes. First and foremost, we should be able to craft multiple items at once. Anyone who’s made a day of fishing can attest to the monotony of crafting individual bags of bait from the manila clams you catch. Breakable tools have not gotten better with time and it’s ridiculous we still have to craft flimsy versions first before we can make the ones we want. If I have all the ingredients, why am I forced to go through this extra step?

Or how about a shopping cart for the Able Sisters? I don’t know about you, but I’d like to be able to buy more than one hat at a time when I’m in the dressing room. The game could also use some control options when using any of the landscaping functions. Creating river corners can be real trial-and-error and it would be nice if I had more direct movement control when building fences or laying down paths, even if it means those functions operate distinctly from the rest of the game. 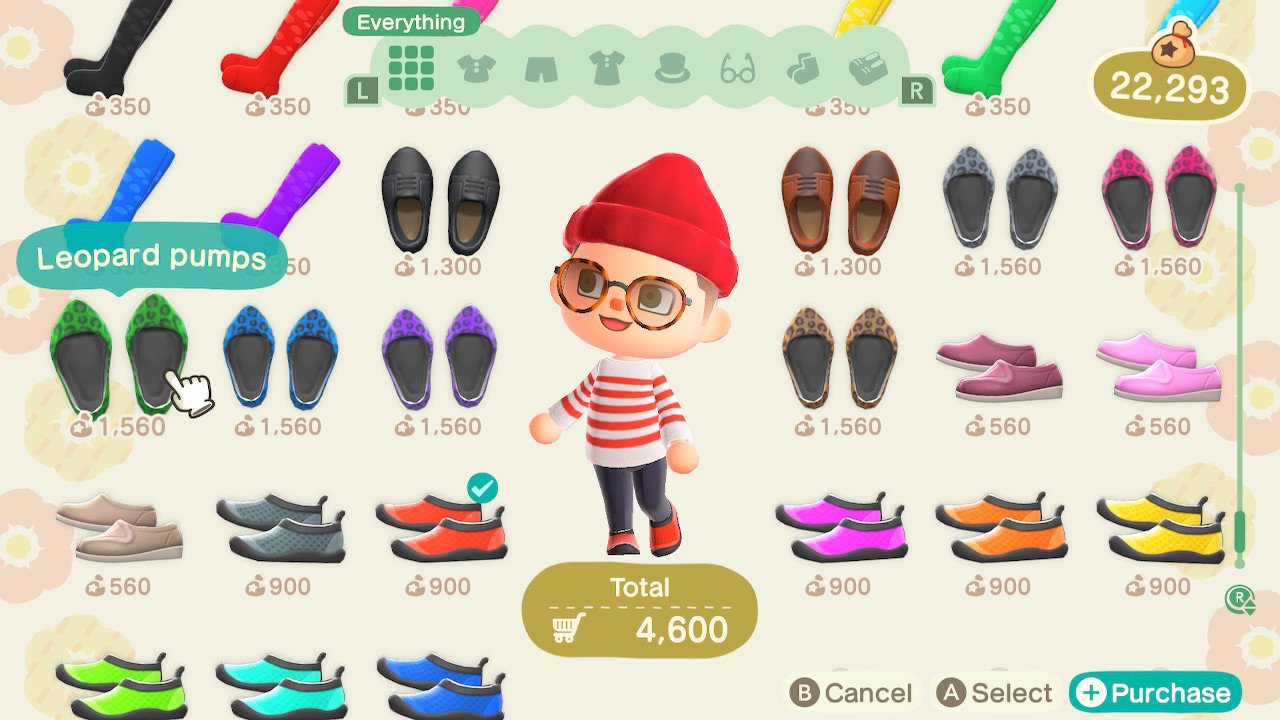 Most of these issues probably wouldn’t bother me so much if New Horizons simply had more to do right now. If I could look forward to visits from special characters outside of the few currently in the game, I don’t think I’d be as hung up on the terraforming controls as I am right now. If I could catch a quick comedy show from Dr. Shrunk every week, the artificial limitations on crafting might not be as big of a nuisance. In other words, the less time I have to focus on the weaker aspects of the game, the less they’ll trouble me.

I like that New Horizons is so different from past games and I’m sure I’ll learn to get over it if some of the characters and features I enjoyed in prior entries end up curtailed or eliminated entirely. But the lack of everything old that I loved leaves me focused on what’s new, and the more I play, the more I realize Nintendo has a long way to go to making this game as great as it can be. In the short-term, we need more user-friendly options for the many functions we use daily. In the long-term, I hope Nintendo can remember why Animal Crossing has as dedicated of a following as it does, and that not everything in the game needs to serve a concrete purpose. Some things can exist just to be a fun distraction.