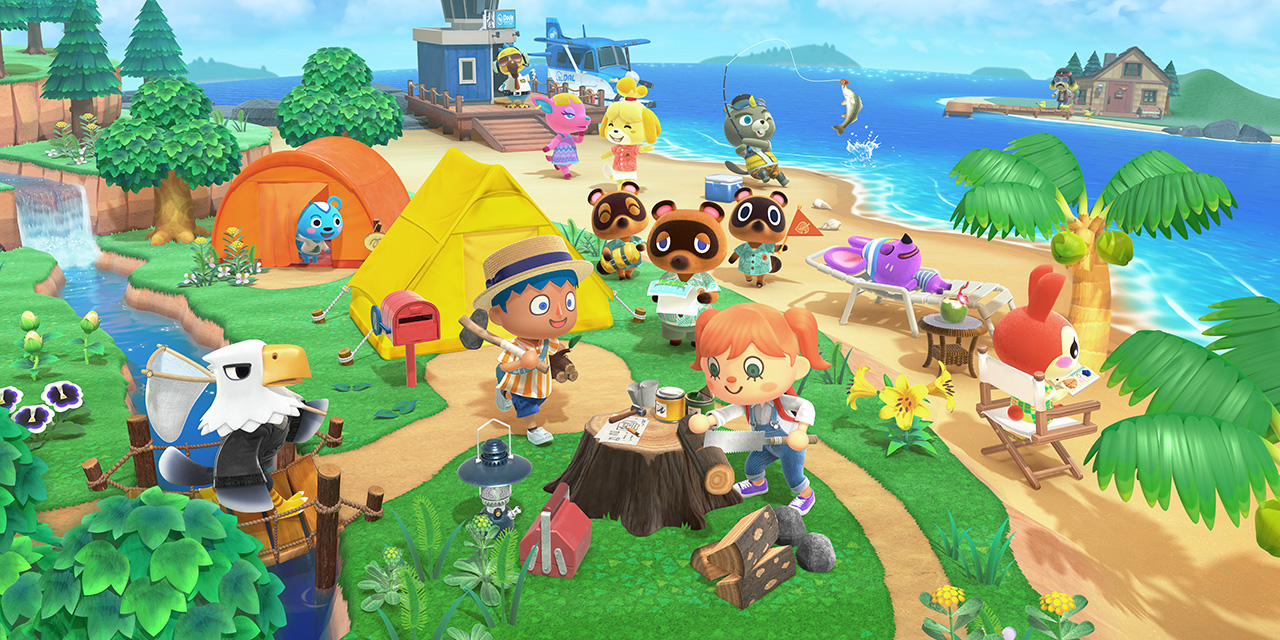 If great power means great responsibility, then being powerless gives you permission to be irresponsible. Like going on vacation to a small cabin where there’s not much to do, the limitations Animal Crossing puts on you frees your mind to wander to places it might not otherwise go, unencumbered by any distracting hustle and/or bustle.

With each new entry in the series, I worry that Nintendo will succumb to the urge to make the game bigger and more complicated. Thankfully, New Horizons refrains from trying to transform Animal Crossing into some sort of massive Minecraft/Fortnite social game juggernaut, though it is inching in that direction in more than a few ways.

One of the first things I saw in this PAX East 2020 demo was Timmy and Tommy Nook walking around town, finally unshackled from the seven-day, 80-plus-hour work weeks they were pulling in New Leaf. That’s just the start of the ways they and many other characters in the game are moving up in the world. The Nook family also has a smartphone named after them now.

The NookPhone works as your menu for most of the game’s “extra” stuff, including multiplayer. Whoever opens their phone works as the central player, with the camera following them wherever they go, and any characters they invite in are forced to stick with them. I was the central player in our demo, and I quickly found that if I ran away from my friends, they would disappear off-screen only to teleport right next to me in a puff of smoke, Nightcrawler-style. My friends weren’t thrilled with it, but at least they weren’t trapped in a bubble or crushed to death.

It was clear from the start that Nintendo wanted New Horizons to be a game where you just hang out with friends, not unlike the previously mentioned Minecraft and Fortnite. They aren’t going bananas with it though. You can’t play the game with 99 people at a time or explore a massive server filled with enormous peer-created structures. But still, the Minecraft influence is unmistakable. Instead of just hitting rocks and trees for money and fruit like in classic Animal Crossing, you now have to bash them for pieces of wood, stone, and other materials. You use these materials to build tools, which in turn allow you to get more materials, which in turn allows you to make furniture and other niceties.

If your face is all messed up from bee stings, a local animal resident might give you a recipe for medicine, which you can then use to craft a cure for your ugliness. This is just one example of how the game seems to push you into engaging in its new features regardless if you want to or not. It feels a little intrusive, but it was easy enough for me to allow my face to continue to look like garbage while I got back to catching Damselflies (a new dragonfly-like bug!), so it’s not a deal-breaker.

Using ladders to climb cliff walls and poles to vault over rivers felt similarly forced.  In prior Animal Crossing games, running into a stream or a wall forced you to trace its surfaces to find a way through, subtly encouraging you to explore more of your surroundings. Now the game not-so-subtly encourages you to pole vault or ladder over anything that gets in your way.

It feels like the only reason to have cliffs in the game at all is to give you an excuse to pull out your ladder. Likewise, streams are still good for fishing, but they don’t feel like they matter as much now that you can just jump over them. It’s a little like if a local locksmith put locked doors in the middle of the rooms and hallways in your house just so you’d have a reason to keep using and buying their keys. Maybe it would be better if both the keys and the doors were thrown out the window.

While I didn’t meet any actual locksmiths in the game, I did bump into Harvey, the campground hugging hippy dog from the New Leaf: Welcome amiibo update. This time he says he has an island of his own and he’d love to have you over after you’re more properly settled in. I hope the Kapp’n will be back to take you over to his place at some point. What will happen on this alternate island remains to be seen, but I’m not guessing it will offer a tropical vibe like the islands from prior games in the series. That just wouldn’t fit with Harvey’s aesthetic. Then again, maybe he and Bud live together there like an anthropomorphic Cheech and Chong. If that’s the case, then who knows.

There are a lot of other little details that were a delight to see. The museum is bigger and even has a little path on the ground to direct you, just like in real life. There are more customization options, like the ability to give your character buck teeth, and changing your clothes opening up a chest of drawers (or your refrigerator!) is both easier and more involved now. Decorating your house can be done in the traditional way, or through a Happy Home Designer-style user interface. You can take off your pants. The new resident dialog is adorable and the Dad-puns when you catch a bug or a fish are better than ever.

There’s a lot to like here, and I love the promise of having new stuff around the corner, but in my short time with New Horizons, I had the most fun with the old reliable pastimes like fishing, shopping, and catching bugs. Animal Crossing is at its best when it offers you small, cozy environments that keep you busy doing nothing. This new entry gives you a lot of new abilities that could diminish that experience (many of which I can’t get into here due to a content embargo). Thankfully, they are all largely optional. Outside of a few required tutorial-ish bits on the outset, you can play New Horizons just like it’s New Leaf, except this time with more bugs, fish, and furniture to collect, which is exactly what I plan to do when the game comes out on March 20.