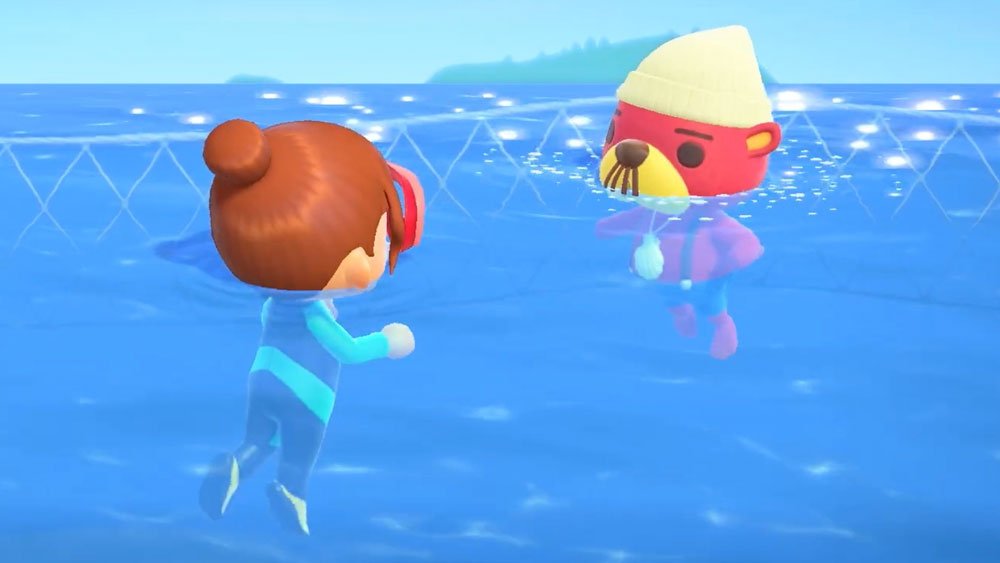 Pascal is coming too

One of the features introduced in Animal Crossing: New Leaf is finally making the jump to New Horizons. Ocean swimming and deep-sea diving are coming to the best-selling sim in a new update scheduled to launch July 3. Players will be able to hop into the waters surrounding their islands and dive for creatures to donate to Blathers. Renowned diver Pascal the Otter is also making a comeback in this update and will reward players with new pieces of furniture to craft.

Gulliver is also getting a new look with this update, though it looks like that doesn’t change how his fellow sailors feel about him. These changes are part of the first wave of summer updates for Animal Crossing: New Horizons with a second wave planned for early August. As a reminder, it’s currently wedding season in the game. This reminder isn’t for you, it’s for me, who has yet to do any of the wedding activities and needs to get on it before June is over.