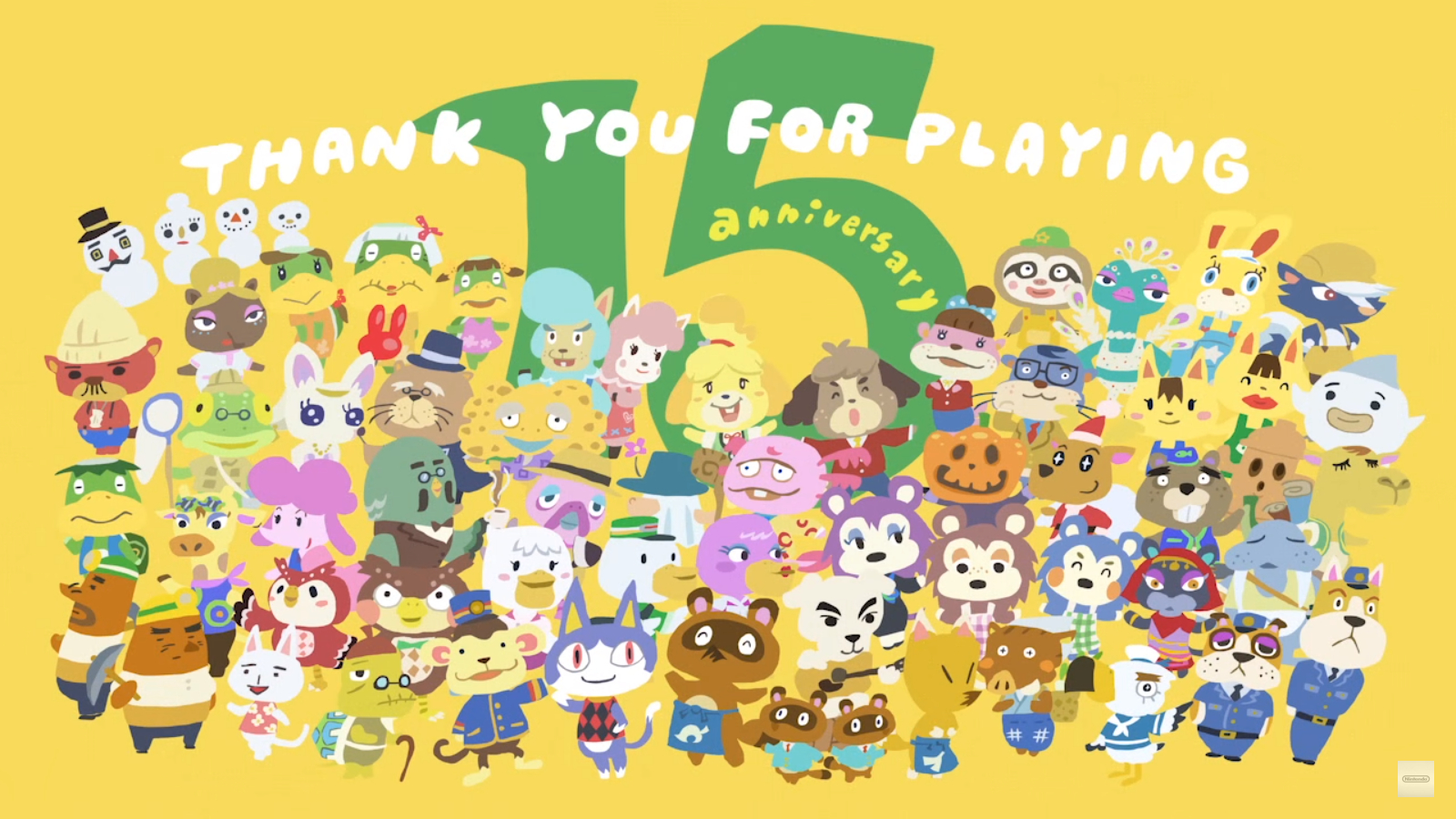 We’ve been dealing with Nook’s shenanigans for so long

Today marks the 15th anniversary of the Animal Crossing series. The original Nintendo 64 version of Animal Crossing (Doubutsu no Mori) was released in Japan on April 14, 2001, and was re-released on the GameCube later that same year. Since then, we have seen three more main series games and two spin-off titles.

It’s hard to believe it’s been 15 years. I can still remember seeing those old TV commercials for the GameCube game back in middle school. They were weird, but I always thought they were rather creative for video game advertisements.

New Leaf might be my favorite of the series, but I still have the fondest memories of the original. I remember making a schedule of when to catch all the fish and bugs, staying up late to try and find Wisp the ghost, setting aside some time to play the game during every holiday, visiting my friends’ towns by trading memory cards, collecting all the NES games, and hanging out with my very first villagers, Samson, Monique, Buzz, and Goldie.

I spent so much time with Animal Crossing growing up, and I still enjoy it to this day. Hopefully we’ll see another main series entry soon enough!

What are some of your favorite Animal Crossing memories?