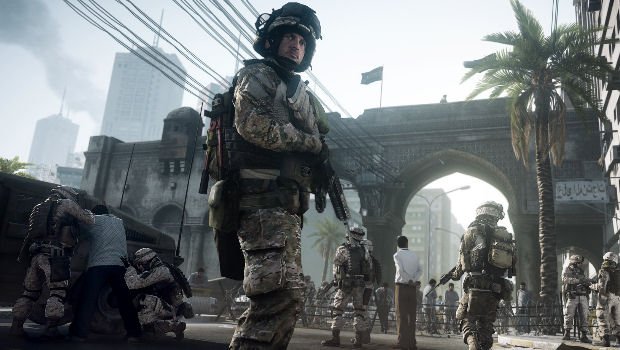 It wouldn’t be a major videogame release without a furious boycott these days, and you can bet your arse that Battlefield 3 is no exception. DICE’s highly anticipated military shooter is getting the cold shoulder from a number of gamers over its downloadable content plans, which will give pre-ordering consumers a multiplayer advantage.

The rage stems from the Back to Karkand expansion pack, which will have to be purchased separately by those who choose to buy the game without reserving it. Unfortunately, even if you buy the DLC post-launch, you won’t get the extra guns and ammo that come with the “Physical Warfare” pre-order version of the game, meaning you’ll be paying out for less content and are essentially “punished” for wanting to commit to a game before it’s released.

Electronic Arts attempted a similar scheme with Battlefield: Bad Company. Sarcastic Gamer organized a boycott of the game and it actually succeeded, so it’s funny to see EA attempt to sneak the same bullshit under our noses again.

In an age where more games are shipped with major bugs and expect $60 for the privilege, I dislike the sheer gall of punishing those gamers wise enough to wait until reviews are in or their friends have played something before spending their cash. Being a smart consumer shouldn’t put one at a gameplay disadvantage, especially when publishers are adopting a “Release now, patch later” mentality. With that in mind, I hope this boycott works a second time.