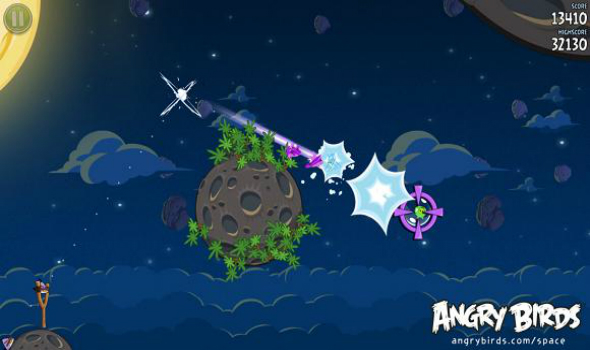 Today is the day you will always remember as “the day Angry Birds Space was released for iOS, Mac, Android, and PC”. At some point in ten years your posterity will ask you “where were you when our great savior released Angry Birds Space?” You will reply with great diginity – “Destructoid, son. Destructoid”. Space is indeed the final frontier, as the game adds genre bending concepts such as “power-ups” and “space physics”.

Angry Birds Space is doing so well that it’s already winning accolades — as one guy at work said to me, “it’s the Mario Galaxy of iPhones”. Ladies and gentlemen — iOS gamers. But don’t blame me, I just bought it because my wife wanted it (no, really).