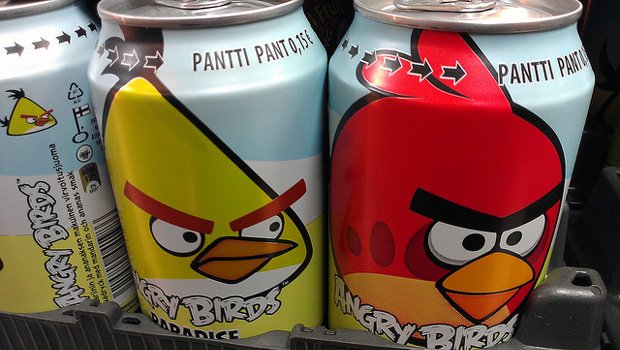 Topsy turvy! Everything is upsy-daisy!

The fact that there is Angry Birds soda isn’t what shocks me. You can buy novelty Mega Man and Pac-Man energy drinks. I sampled some very sugary Mario-themed beverages back in the day. Hell, remember Sonic the Hedgehog Pasta?

What’s surprising is that Finland is so crazy for Angry Birds that even all-powerful brands like Coca-Cola or Pepsi can’t keep up. It’s almost unreal. How in the world does anybody actually beat Coke and Pepsi at their own game?

Rovio CMO Peter Vesterbacka said that the soda will make its way to Australia and New Zealand in the near future. I wouldn’t be surprised if the company tried to bring it to the US eventually as well. I’ve got to try this concoction that was able to dethrone the soft drink kings in even a single country.

Rovio: Angry Birds soda is the best selling drink in Finland – “Ahead of Coke and Pepsi” [The Next Web]